Kim Delaney Net Worth and salary: Kim Delaney is an American actress who has a net worth of $4 million. Kim Delaney was born in 1961 in Philadelphia, Pennsylvania, and started modeling while she was in high school. Delaney made her on-screen debut as Jenny Gardner Nelson on "All My Children" in 1981.

She appeared on the show until 1984, earning a Daytime Emmy nomination for Outstanding Supporting Actress in a Drama Series. Delaney turned her attention to movies during the mid-'80s, appearing in "That Was Then…This Is Now", "The Delta Force", "Some Kind of Wonderful", "Christmas Comes to Willow Creek", "The Force", "Something Is Out There", and "The Drifter". Her next big TV role came as Alex Devlin on 18 episodes of "Tour of Duty" from 1989 until 1990. In 1995, Delaney landed the role of Detective Diane Russell on "NYPD Blue", which became one of her best-known parts. She appeared in 132 episodes between 1995 and 2003, earning one Emmy Award for Outstanding Supporting Actress in a Drama Series. She was nominated for several other awards, including a SAG Award and a Golden Globe. Delaney also appeared as Kathleen Maguire in "Philly", Megan Donner in "CSI: Miami", and "Rebecca Bloom in "The O.C.". Her last big TV role came as Claudia Joy Holden in the hit series "Army Wives" from 2007 until 2012. Delaney made headlines in 2002 when she was arrested on the suspicion of drunk driving; she pled no contest and received probation and a fine. She has been married and divorced twice, first to Charles Grant during the '80s and later to Joseph Cortese. She has one son with Cortese. 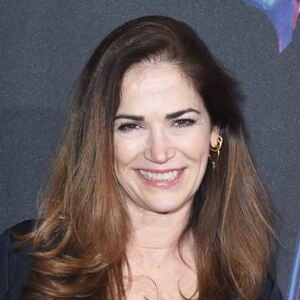