How much is Kim Darby Worth?

Kim Darby Net Worth: Kim Darby is an American actress who has a net worth of $500 thousand dollars. Born July 8, 1947 in Los Angeles, California, she began performing as a child (billed as Derby Zerby) with her parents, who were known professionally as 'The Dancing Zerbies'. She was a teenager when she appeared as an extra in the film Bye Bye Birdie (1963) and made her speaking debut on an episode of the TV series Mr. Novak (NBC 1964). She had her first speaking role in the film Bus Riley's Back in Town (1965), but did not get her big break until she was cast in the highly successful John Wayne film, True Grit. She was then rushed into several subsequent films, including Norwood (1970), a vehicle to help launch singer Glen Campbell in films, in which Darby played a pregnant, rejected woman his character meets by chance. That same year she portrayed a protesting woman whose presence lures Bruce Davison's character into the anti-war movement in The Strawberry Statement (1970). In 1978, actor Henry Winkler's character pursued Darby's character in The One and Only. She subsequently played a professor, dismayed by the changes in Jason Bateman's character, in "Teen Wolf Too" (1987). Other television appearances by Darby include pilots for both Ironside (1967) and The Streets of San Francisco (1972). She also had a supporting role as Virginia Calderwood on the original Rich Man, Poor Man miniseries during the 1976-77 season, and co-starred in The Last Convertible (NBC 1981) as well. Darby made her TV-movie debut in Don't Be Afraid of the Dark (ABC 1973). She has since made occasional TV appearances and in the '90s had a small role in the children's movie Secret of the Lizard Woman, a 1995 ABC Saturday Special. 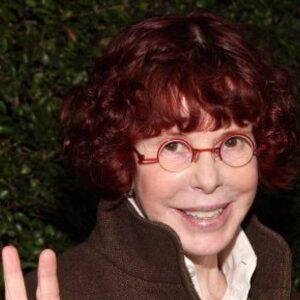