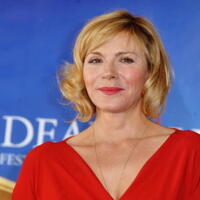 What is Kim Cattrall's Net Worth and Salary?

Kim Cattrall is an English-Canadian actress who has a net worth of $40 million. She is best known for her role as Samantha Jones on HBO's "Sex and the City" but has enjoyed a multi-decade film and television career, particularly in the 1980s. Some of her notable film roles include 1984's "Police Academy," 1986's "Big Trouble in Little China," 1987's "Mannequin" and 1991's "Star Trek VI: The Undiscovered Country."

Kim Victoria Cattrall was born on August 21, 1956 in the Mossley Hill district of Liverpool. She is the daughter of secretary Gladys Shane and construction engineer Dennis Cattrall. When she was three months old, her family moved to Canada and settled in British Columbia. At age 11, she returned to Liverpool when her grandmother fell ill.

She took acting classes at the London Academy of Music and Dramatic Art (LAMDA), but moved back to Canada after just one year.  Cattrall graduated early from Georges P. Vanier Secondary School in 1972, and with that, moved to New York City at the age of 16 to start her acting career.

In New York, Cattrall attended the American Academy of Dramatic Arts. Upon her graduation, she signed a five-year film deal with director Otto Preminger. Her first movie role came in the 1975 action thriller film "Rosebud" before her contract was bought out by Universal Studios.

One of her first jobs through Universal was in a 1977 episode of "Quincy, M.E." starring Jack Klugman. She went on to land roles in several TV shows, including "Columbo" and "Starsky and Hutch." She starred in two miniseries next, "The Bastard" and "The Rebels." Cattrall then appeared on the TV series "The Incredible Hulk" before transitioning to cinema, starring opposite Jack Lemmon in the Oscar-nominated 1980 film "Tribute." She then appeared in the films "Crossbar" and "Ticket to Heaven." In 1982, Kim gained her first real recognition when she played P.E. teacher Miss Honeywell in the 1982 teen sex comedy "Porky's." Two years later, she had a role in the original "Police Academy." In 1986, she played Kurt Russell's fling in the action film "Big Trouble in Little China." Her starring role in "Mannequin" in 1987 gained Cattrall further recognition.

Cattrall had dozens of TV and movie credits to her name when she was cast as Samantha Jones on the hit HBO series "Sex and the City" with co-stars Sarah Jessica Parker, Kristin Davis and Cynthia Nixon. This was her most iconic role to date, and catapulted her into the spotlight. . She would eventually be nominated for five Emmy Awards and four Golden Globes for her portrayal of the steamy Samantha. In 2002, she clinched the Golden Globe win for Best Supporting Actress in a Comedy Series. She reprised her role in the film version of "Sex and the City" in 2008 and again for the sequel "Sex and the City 2" in 2010. The show ran for six seasons.

In 2005, Cattrall played Tina Harwood in the Disney film "Ice Princess." She later starred in "The Tiger's Tail," "My Boy Jack" and "Ghost Writer. In 2009, she was honored with a star on Canada's Walk of Fame in Toronto. From 2014 to 2016, Cattrall starred and served as the executive producer on the HBO Canada series "Sensitive Skin." She received a nomination for the Canadian Screen Award for Best Actress in a Comedy Series for her work. In 2018, she starred in the web TV series "Tell Me a Story." 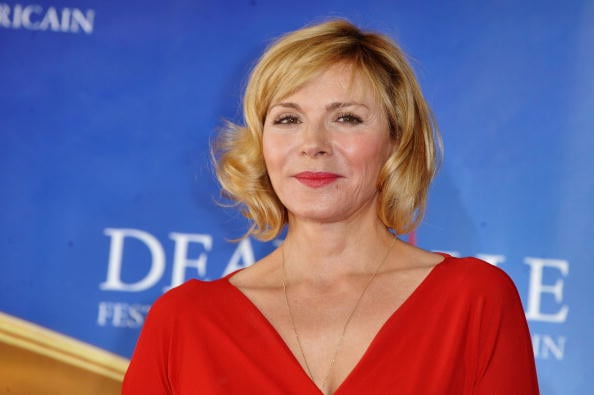 The Golden Globe winner also has a successful stage career, first appearing on Broadway in the 1986 production of Michael Frayn's "Wild Honey." In 2006, Cattrall starred in a West End drama revival of "Whose Life Is It Anyway?" She was in another West End production later that year, David Mamet's "The Cryptogram." She also appeared in "Miss Julie" and "Antony and Cleopatra" at the Liverpool Playhouse in 2010. From February to May 2010, Cattrall starred opposite Matthew Macfadyen in "Private Lives" at the Vaudeville Theatre. She appeared in "Private Lives" on Broadway in 2011 and Tennesee Williams' "Sweet Bird of Youth" at The Old Vic in 2013.

Sex and the City Earnings

At the peak of the show's success Kim Cattrall earned $350,000 per episode. That amount was one-third of the $1 million that Sarah Jessica Parker was paid per episode at the time.

For the first Sex and the City movie, Kim was paid $7 million, while Sarah was paid $13 million. Kim earned $10 million for the second film. These financial discrepancies caused quite a bit of stress between the cast members. Kim and Sara Jessica Parker famously had a massive falling-out at some point after second film. Their relationship was so bad that Kim was not invited to appear in 2021's 10-episode revival series "And Just Like That…". While her former cast members each earned $1 million per episode of the revival, Kim was not involved at all and was in fact written off as having died.

Kim Cattrall has been married three times and has no children. Her first marriage was to Larry Davis from 1977-1979. Her second marriage was from 1982-1989 to Andre J. Lyson. The former couple lived in Frankfurt where Kim learned to speak German fluently. She wrote a book about her sex life with her third husband, audio designer and jazz bassist Mark Levinson, called "Satisfaction: The Art of the Female Orgasm". They were married from 1998-2004. Cattrall briefly dated former Canadian Prime Minister Pierre Trudeau.

The enthusiastic Liverpool F.C. fan splits her time between New York City and the East Hamptons. She holds British and Canadian citizenship, and in August 2020 became an American citizen.

On December 21, 1988, Cattrall was booked on Pan AM flight 103 from London to New York. She missed her flight because she made a last minute decision to go shopping at the department store Harrods to get a teapot for her mother. She re-booked herself on a flight that departed Heathrow airport 45 minutes after Pan AM 103 departed. When she landed in New York, she learned that her original flight had been brought down by a terrorist bomb over Lockerbie, Scotland, killing all 259 people on board.

In February 2018, Cattrall tweeted the public asking for help. Her brother Christopher had gone missing in Alberta, Canada. He was sadly found dead several hours later, having committed suicide.