What is Kim Basinger's Net Worth?

Kimila Ann Basigner was born in Athens, Georgia, on December 8, 1953. Her mother, Ann Lee (née Cordell), was a model and actress, and her father, Donald Wade Basinger, was a loan manager and big band musician, as well as a U.S. Army Veteran. She has four siblings. From when she was three years old to her mid-teens, Basinger studied ballet. When she was seventeen years old, she competed in America's Junior Miss Scholarship Pageant, and was crowned Athens Junior Miss. Ford Modeling Agency offered her a modeling contract which she turned down in favor of pursuing a career in acting and singing, and she enrolled at the University of Georgia instead. However, she later changed her mind and moved to New York to work as a Ford model. Throughout the 1970s, she appeared in many, many advertisements; one of her most recognizable ads was as the Breck Shampoo girl. She also studied acting at the Neighborhood Playhouse and the William Esper Studio for the Performing Arts.

After spending five years as a model, Basinger moved to Los Angeles to pursue an acting career. Some of her first roles were guest appearances on shows like "McMillan & Wife" and "Charlies's Angels", before she landed the starring role in the television film "Katie: Portrait of a Centerfold" (1978). In 1979, she starred in the miniseries remake of "From Here to Eternity" along with Nataline Wood, William Devane, and Steve Railsback, and reprised her role in the spinoff television series of the same name in 1980.

Her big-screen film debut came in 1981, when she starred in the drama "Hard Country". She followed this with the film "Mother Lode" (1982), and then she played Bond girl Domino Petachi in the James Bond film "Never Say Never Again" (1983), starring opposite Sean Connery. A nude Playboy pictorial she had previously shot in 1981 was published in 1983, and used to promote her role in "Never Say Never Again". She continued to gain prominence as an actress, and was nominated for the Golden Globe Award for Best Supporting Actress for her role in the film "The Natural" (1984), directed by Barry Levinson. 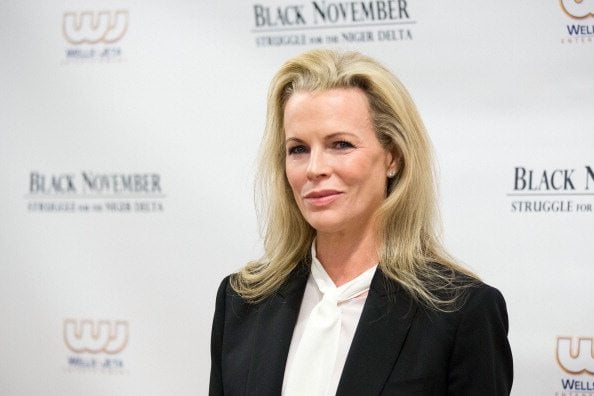 In 1991, she starred alongside Richard Gere in "The Marrying Man", and then in 1992 she starred with Richard Gere in "Final Analysis". Both films enjoyed moderate success at the box office. Her 1997 performance in the film "L.A. Confidential" earned her an Academy Award for Best Supporting Actress, in addition to a Golden Globe Award and Screen Actors Guild Award. This gives Basigner the unique distinction of being the first actress to win an Academy Award that has also posed nude in Playboy. Other films she has appeared in include "I Dream of Africa" (2000), "8 Mile" (2002), "The Door in the Floor" (2004), "Cellular" (2004), "The Sentinel" (2006), "Grudge Match" (2013), and "Fifty Shades Darker" (2017).

In addition to acting, Basinger has dabbled in various projects as a singer. In 1992, she was a featured guest vocalist on the song "Shake Your Head" by Was (Not Was), which also featured vocals from Ozzy Osbourne. She appeared on the maxi single of Prince's record "Scandalous!" (1989), as well as on the album "Too Hot to Handle EP: Music from the Original Motion Picture Soundtrack" (1991) for her film "The Marrying Man".

Basinger has been married twice. She and her first husband, Ron Synder-Britton, wed in 1980 and divorced in 1989. The marriage became the subject of Britton's book "Longer than Forever" (1988), in which he speculates about her purported extramarital affairs. For eight years after the divorce, Basinger paid Britton alimony payments of $9,000 a month.

Basinger married actor Alec Baldwin in 1993 after they first met on the set of "The Marrying Man" (1991). They separated in late 2000, and finalized their divorce in 2002. Basinger and Baldwin share one child together, daughter Ireland Baldwin.

Basinger is an enthusiastic supporter of animal rights and has posed in PETA advertisements. She is also vegetarian.

In 1989, Basinger was convinced by some family members to buy most of the privately owned land (1,691) acres) in the town of Braselton, Georgia, for $20 million. The intention was to establish the town as a tourist attraction, complete with a film festival and the presence of several movie studios. However, after experiencing some financial difficulties, Basinger started selling off parts of the land in 1995. The event that really exacerbated her financial issues and made everything more difficult for her was when she pulled out of the controversial film "Boxing Helena" (it was eventually released in 1993 with Sherilyn Fenn in the lead role). The studio entered a legal battle against her for violation of her contract, and were ultimately awarded an $8.9 million judgment. As a result, Basinger had to file for bankruptcy. She later was able to appeal the case, and settled with the studio for $3.8 million. 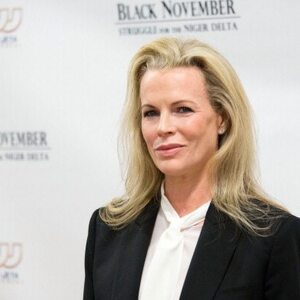