Kian Lawley net worth: Kian Lawley is an American Internet personality who has a net worth of $2 million. Kian Lawley was born in Iowa in September 1995. He is popular on YouTube, Twitter, and Vine and was a member of the group Our 2nd Life or O2L. Lawley created his YouTube account SuperKian13 in 2010.

He posted weekly videos with Our 2nd Life and a video he made with Cameron Dallas had more than two million views. Kian was formerly in a relationship with YouTube personality Andrea Russett. Lawley also has a YouTube channel called KianAndJc with Jc Caylen. He is scheduled to star in the upcoming movie The Chosen. Lawley will also serve as co-executive producer for the film. 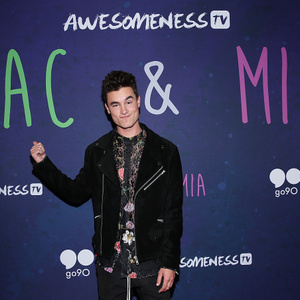