She hosts the series Katch It With Khanyi. She has starred in the movies Hear Me Move in 2015 and Happiness is a Four-letter Word in 2016. Mbau released her self-titled debut studio album in 2010. In 2015 she won a Channel24 Online Award for Best Instagram Account. As of this writing she has more than 1 million followers on Instagram. Khanyi Mbau released her first book "Bitch, Please! I'm Khanyi Mbau" in 2012. In August 2016 she announced she is working on a second book. Over the years Khanyi has received some criticism for her changing appearance. In September 2016 an internet troll accused her of bleaching her skin, to which she quickly jumped back and defended herself referencing her expanding bank account. 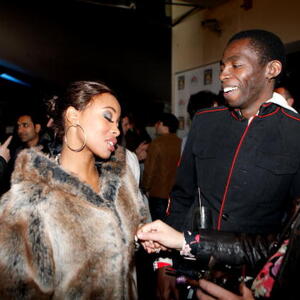