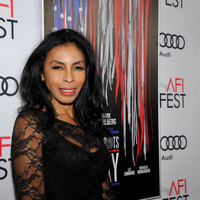 Khandi Alexander net worth: Khandi Alexander is an American actress, dancer, and choreographer who has a net worth of $8 million dollars. Khandi Alexander was born in New York, New York, and got her start dancing professionally with roles in the Broadway productions of "Chicago", "Dancin'", and "Dreamgirls". From there, she went on to choreograph Whitney Houston's tours from 1988-1992. She shifted her focus to acting in the early 90s. She appeared in such projects as "A Different World", "CB4", "Joshua Tree", "What's Love Got to Do With It", and "Poetic Justice". In 1995, she became a series regular on the popular comedy, "NewsRadio". She remained with the show for four seasons. She is most widely recognized by general audiences for her award-winning work in the mini-series, "The Corner", and for her performance as Dr. Alexx Woods on "CSI: Miami" for seven seasons. She is currently starring on the HBO series, "Treme".