Khalil Kain net worth: Khalil Kain is an American actor who has a net worth of $1 million. Khalil Kain was born in New York, New York in November 1964. He first starred as Raheem in the film Juice in 1992. Kain had recurring roles as Lance Battista in the television series Lush Life and as Keith in the TV series Living Single in 1996. From 2001 to 2008 he starred as Darnell Wilkes in the series Girlfriends. Kain has starred in the movies Renaissance Man, In the Kingdom of the Blind, the Man with One Eye Is King, Love Jones, The Fanatics, The Velocity of Gary, Bones, Reality Check, Gas, Complete Guide to Guys, For Colored Girls, and Paradise Broken. He has also appeared in episodes of the TV series Friends, Suddenly Susan, Sister, Sister, Moesha, Angel, CSI: Crime Scene Investigation, Ghost Whisperer, CSI: Miami, Medium, Elementary, Person of Interest, and Blue Bloods. In 2005 Kain won a BET Comedy Award for Girlfriends. 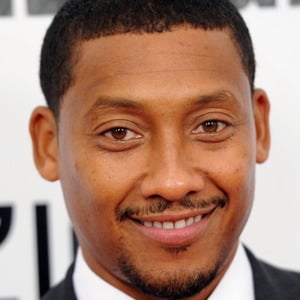