Khadijah Haqq net worth: Khadijah Haqq is an American actress and reality television personality who has a net worth of $2 million. Khadijah Haqq was born in Los Angeles, California in March 1983. Haqq starred in the movies Sky High as Penny in 2005, ATL as Veda in 2006, School for Scoundrels as Mindy in 2006, and 20 Years Later as Delinda in 2008.

She has also appeared in episodes of the TV series Midnight Caller, The Parkers, Strong Medicine, The Bernie Mac Show, Entourage, and Las Vegas. Haqq also did voice work for the 2006 movie Happy Feet. Khadijah married former professional football player Bobby McCray in 2010 and the couple has one child together. She appeared on the TV series Keeping Up with the Kardashians from 2008 to 2009 and Khloe & Lamar from 2011 to 2012. Khadijah has a twin sister named Malika Haqq and they are good friends with Khloe Kardashian. 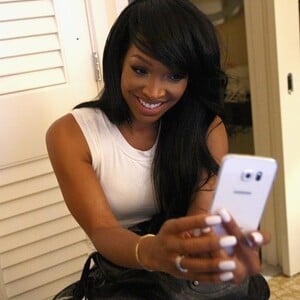