Kevin Weisman Net Worth: Kevin Weisman is an American actor who has a net worth of $500 thousand dollars. Born in 1970 in Los Angeles, California, Kevin Weisman grew up participating in local theater and festivals as a child. He earned his bachelor's degree from the University of California at Los Angeles' School of Theatre, Film, and Television.

Weisman moved to New York to study at the Circle in the Square Theatre before founding the Buffalo Nights Theatre Company. He appeared in a handful of productions with the group, including "Apollo of Bellac", "Madman and the Nun", "Incident at Vichy", "Salome", and "Sophistry". He made his on-screen debut in 1994's "Ollywoo" and "Cage II". Weisman landed his biggest TV role in 2001, appearing in 105 episodes of "Alias" as Marshall Flinkman until 2006. He was twice nominated for a Teen Choice Award for Choice TV Sidekick in 2003 and 2005. He landed recurring roles on 2012's "Awake" as Ed Hawkins and 2013's "Perception" as Todd Elrich before becoming part of the main cast on "Hello Ladies" as Kives. His film credits include appearances in "Gone in 60 Seconds", "Buying the Cow", "Illusion", "Clerks II", "Business Class", "Space Buddies", and "Flipped". Weisman is active in several Jewish charities. He has been married to his wife, preschool teacher Jodi Tanowitz, since 2005. They have two children together, a daughter named Maya and a son named Eli. 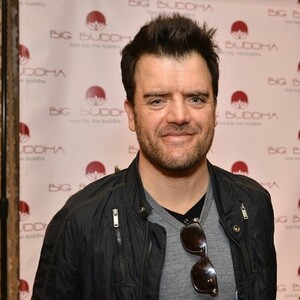