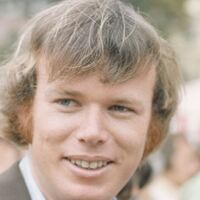 Kevin Tighe net worth: Kevin Tighe is an American actor who has a net worth of $2.5 million dollars. Kevin Tighe, also known as Jon Kevin Fishburn, was born in Los Angeles, California, and began his acting career when he was a child, appearing in productions at Pasadena Playhouse. From there, he went on to earn a BFA in Acting from the University of Southern California, and then began his professional on-camera career with a small role in "The Graduate". He took some time away from acting to serve in the U.S. Army, and then signed a contract with Paramount Pictures. He later moved to Universal Studios. Over the course of his long career, he has appeared in such film projects as "Eight Men Out", "K-9", "Road House", "City of Hope", "Newsies", "Men of War", and "My Bloody Valentine". He is most widely recognized for his television work, including co-starring and recurring roles on such shows as "Emergency!", "Murder One", "Freaks and Geeks", "Rose Red", and "Lost".