What is Kevin Sorbo's net worth?

Kevin Sorbo is an actor who is best known for his starring roles on the television series "Hercules: The Legendary Journeys" and "Andromeda." Kevin Sorbo has a net worth of $14 million. He has also been in Christian films including "God's Not Dead" and "Let There Be Light." Sorbo is notorious for his outrageous beliefs, including the debunked conspiracy theory that liberals were responsible for the 2021 attack of the US Capitol.

Kevin Sorbo was born in 1958 in Mound, Minnesota to a Lutheran family. He is of Norwegian ancestry. For his higher education, he went to Minnesota State University Moorhead, where he majored in advertising and marketing. To help pay for his tuition, Sorbo did some work as a model for television and print advertisements. By the mid-80s, he was traveling around Europe and Australia appearing in television commercials. Among the brands he promoted was Jim Beam bourbon whiskey.

Sorbo made his acting debut in 1988, playing the role of Barry in an episode of the HBO sitcom "1st & Ten." In the early 90s, he was in episodes of the NBC soap opera "Santa Barbara," the popular sitcom "Cheers," the crime drama "Murder, She Wrote," and the dramedy "The Commish."

The success of "Hercules" led to the popular spinoff series "Xena: Warrior Princess," starring Lucy Lawless. Sorbo appeared as Hercules in two episodes of "Xena," and also lent his voice to the animated film "Hercules and Xena – The Animated Movie: The Battle for Mount Olympus."

Following the end of "Hercules," Sorbo played the leading role of Captain Dylan Hunt on the science-fiction drama series "Andromeda," which ran from 2000 to 2005. During this time, he also appeared in four episodes of "Dharma & Greg," and was in episodes of "According to Jim" and "Hope & Faith." In 2006, Sorbo took on a recurring role in the final season of "The O.C." The next year, he starred in the Lifetime Channel film "Last Chance Café," the Hallmark Channel film "Avenging Angel," and guest-starred as a bounty hunter on the detective series "Psych." Sorbo's subsequent credits included the television films "Something Beneath" and "Never Cry Werewolf"; the ABC Family series "The Middleman"; and the CBS sitcom "Gary Unmarried."

In the early 2010s, Sorbo made a guest appearance in the "Hawaii Five-0" remake, and was in the television movies "The Santa Suit," "Flesh Wounds," "Christmas Angel," and "Shadow on the Mesa." He also made appearances as himself on the shows "The Guild" and "Don't Trust the B—— in Apartment 23." In 2017, Sorbo portrayed King Bar Gand of Daxam on the CW series "Supergirl."

Sorbo made his feature film debut in 1993 with a supporting role in "Slaughter of the Innocents." Four years later, he had his first leading role in the fantasy film "Kull the Conqueror." In the 2000s, Sorbo was in the drama "Clipping Adam," and played Nick Prescott in the direct-to-video action thrillers "Walking Tall: The Payback" and "Walking Tall: Lone Justice." Other credits around this time included "Meet the Spartans," "Prairie Fever," "An American Carol," and "Bitch Slap."

Sorbo had a prolific run of roles in the 2010s. Among his credits were "What If…," "Tales of an Ancient Empire," "Paradox," "Soul Surfer," "Storm Rider," "Caged No More," "Rodeo Girl," and "Spirit of the Game." Additionally, Sorbo starred in five direct-to-video fantasy films in the "Mythica" series: "A Quest for Heroes," "The Darkspore," "The Necromancer," "The Iron Crown," and "The Godslayer." It was during this time that the actor also got heavily involved in Christian-themed films, such as "God's Not Dead" and "Let There Be Light," the latter of which he also directed. Another Christian film he was in, called "The Girl Who Believes in Miracles," came out in 2021. 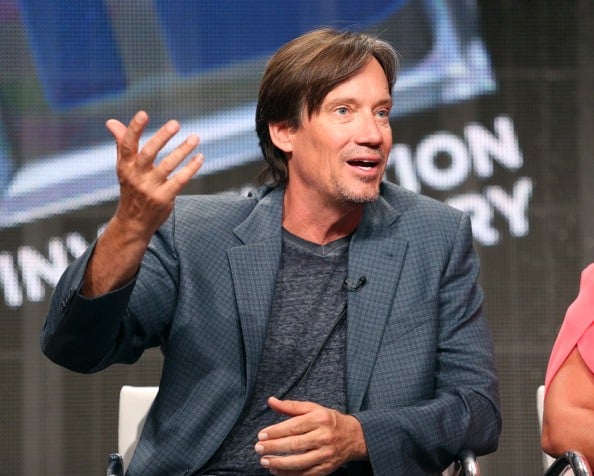 In 1998, Sorbo wed actress Sam Jenkins, whom he had met the previous year while filming "Hercules." Together, they have three children: Braeden, Shane, and Octavia. Sorbo and his wife own a home in Park City, Utah at St. Regis Deer Valley resort.

While on a publicity tour in 1997, Sorbo suffered an aneurysm in his shoulder that resulted in four strokes. He was weakened for many years, and was left with a permanent 10% loss of vision. Sorbo went on to raise awareness about stroke, and received the Public Leadership in Neurology Award from the American Academy of Neurology for his efforts.

Sorbo has drawn much criticism and notoriety for his outlandish and dangerous political beliefs. He is a supporter of Donald Trump, and has perpetuated the disproven conspiracy theory that liberals led the attempted insurrection at the US Capitol in 2021. Previously, Sorbo received backlash for asserting that Jews were responsible for killing Jesus, a statement he made in defense of Mel Gibson's film "The Passion of the Christ."

In 2001 Kevin paid $900,000 for a 12,500 square-foot mansion in the Hamptons hamlet of Bridgehampton. In 2014 he was renting the house for as much as $275,000 per month in summer months. At one point a renter was busted using the house to throw massive for-profit parties at the mansion. The town had to step in and order Sorbo to put an end to the parties.

In 2008 Kevin paid $3.2 million for a home in Westlake Village, California. He listed this home for sale in 2014 for $4.5 million. As of this writing the home is still for sale with an asking price of $3.4 million. 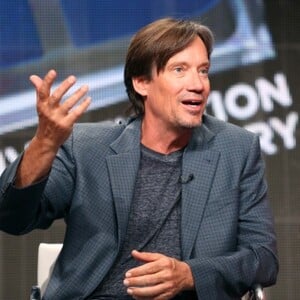