What is Kevin Pollak's Net Worth and Salary?

Kevin Pollak is an American actor and comedian who has a net worth of $6 million. Kevin Pollak is known for his roles in such films as "A Few Good Men," "The Usual Suspects," "Casino," and "Deterrence," among other titles. On television, he has had notable roles on the series "Mom," "Better Things," and "The Marvelous Mrs. Maisel." Pollak has also directed films and web series, and runs a podcast talk show.

Kevin Pollak was born on October 30, 1957 in San Francisco, California to Reform Jewish parents Robert and Elaine. He has an older brother named Craig. As a teen, Pollak went to Pioneer High School in San Jose.

In 1987, Pollak appeared on the big screen for the first time in the ensemble comedy "Million Dollar Mystery." The following year, he was in the fantasy adventure film "Willow." Pollak went on to become incredibly prolific. In the early 90s, he appeared in such films as "Avalon," "L.A. Story," "Ricochet," "A Few Good Men," "Indian Summer," and "Wayne's World 2." He also played Jake Goldman in "Grumpy Old Men," later reprising his role in the sequel "Grumpier Old Men." In the mid 90s, Pollak had notable roles as criminals in "The Usual Suspects" and "Casino," and as a philanderer in the romcom "Miami Rhapsody." His credits in the latter half of the decade include "House Arrest"; "That Thing You Do!"; "Truth or Consequences, N.M."; "Deal of a Lifetime"; "The Sex Monster"; and "End of Days." Pollak also had a rare leading role in the political thriller "Deterrence," playing fictional US President Walter Emerson.

To begin the new millennium, Pollak appeared in the crime comedy "The Whole Nine Yards" and the biographical drama "Steal This Movie!" He was subsequently in such titles as "The Wedding Planner," "3000 Miles to Graceland," "Stolen Summer," "Juwanna Mann," "Blizzard," "The Whole Ten Yards," and "Hostage." Toward the end of the decade, Pollak appeared in "Niagara Motel," "Numb," and "Middle Men," among other films. In the early 2010s, he had roles in "Cop Out," "Choose," "Red State," "The Big Year," and "Columbus Circle," the lattermost of which he also co-wrote. Pollak's other credits have included but are not limited to "The Magic of Belle Isle"; "Grace Unplugged"; "Camino"; "Max Rose"; "Special Correspondents"; "The Tiger Hunter"; "War Dogs"; "Benjamin"; "The Front Runner"; and "Goalie."

Pollak made his first appearance on television in a 1987 episode of the sitcom "Amen." The same year, he was in episodes of "Thirtysomething" and "Who's the Boss?" Pollak next had a main role on the short-lived sitcom "Coming of Age." He starred on another series, "Morton & Hayes," in 1991. From 1995 to 1996, Pollak played the recurring role of Mr. Bell on "The Drew Carey Show." During this time, he played doctors in the television films "The Don's Analyst" and "Ruby Bridges." Pollak closed out the decade with a main role on the short-lived sitcom "Work with Me." His next substantial role came in the 2006 miniseries "The Lost Room." After that, Pollak had a recurring part on the legal drama series "Shark" from 2007 to 2008.

In 2010, Pollak served as the host of the Fox game show "Million Dollar Money Drop." Over the ensuing years, he appeared in episodes of such series as "Law & Order: Special Victims Unit," "Men at Work," "Family Tree," and "Comedy Bang! Bang!" In 2014, Pollak began playing the recurring role of Alvin Biletnikoff on the sitcom "Mom." Two years later, he had a main role on the short-lived sitcom "Angel from Hell." He went on to appear in episodes of "Angie Tribeca," "The Good Fight," and "Hot Date." In 2017, Pollak began two of his most notable television roles on the series "Better Things" and "The Marvelous Mrs. Maisel." On the former, he plays the recurring part of Marion, the brother of Pamela Adlon's character Sam. Meanwhile, on the latter show, Pollak plays the main role of Moishe Maisel, the father-in-law of the titular character played by Rachel Brosnahan. Among his other credits, Pollak had a recurring role in the fourth season of the series "Billions." 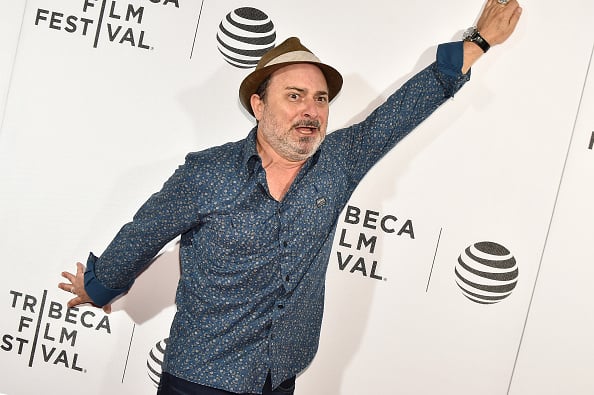 As a director, Pollak made his debut with the 2010 horror web series "Vamped Out," which he also created, wrote, produced, and acted in. Later, in 2015, Pollak made his feature film directorial debut with the comedy documentary "Misery Loves Comedy." His next film as director was 2016's "The Late Bloomer," based on Ken Baker's autobiography "Man Made: A Memoir of My Body."

Pollak's most renowned work as a stand-up comic was his 1991 special "Stop with the Kicking," which aired on HBO. Pollak is especially well known for his celebrity impressions; he has done impressions of such figures as Woody Allen, Peter Falk, Paul Reiser, Robin Williams, Johnny Carson, Albert Brooks, Liam Neeson, and Al Pacino. 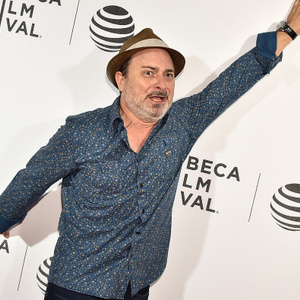