Kevin McNally Net Worth: Kevin McNally is an English actor who has a net worth of $1 million dollars. Kevin McNally was born in Bristol, England, in 1956, and got his first job when he was 16 years old working at the Birmingham Repertory Theatre. He later earned a scholarship to the Royal Academy of Dramatic Art. He made his on-screen debut as a crewman in 1977's "The Spy Who Loved Me". He later appeared in "The Long Good Friday", "Not Quite Paradise", "The Berlin Affair", "Spice World", "Entrapment", "When the Sky Falls", and "High Heels and Low Lifes". In 2003, he scored his best-known part as Joshamee Gibbs in "Pirates of the Caribbean: The Curse of the Black Pearl". McNally went on to reprise the role in 2006's "Pirates of the Caribbean: Dead Man's Chest", 2007's "Pirates of the Caribbean: At World's End", and 2011's "Pirates of the Caribbean: On Stranger Tides". Only two other actors appeared in all four of the franchise's movies. McNally's other film credits include "The Phantom of the Opera", "Tuesday", "Valkyrie", "Hamilton: In the Interest of the Nation", and "Bounty Killer". He's had several TV parts with appearances on "Wuthering Heights", "New Tricks", "Downton Abbey", "Burn Notice", and "Turn". McNally voiced Robert Faulkner in the hit video game "Assassin's Creed III". He and his wife, actress Phyllis Logan, have one son together. 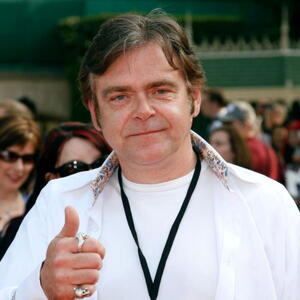