Kevin McKidd Net Worth: Kevin McKidd is a Scottish actor, director, and musician who has a net worth of $2 million. Kevin McKidd was born in Elgin, Moray, Scotland, in 1973. He started acting in an amateur theater group in Moray and studied at the University of Edinburgh and Queen Margaret College.

He made his on-screen debut as Tommy MacKenzie in 1996's "Trainspotting". He went on to appear in "Father Ted", "Small Faces", "Topsy Turvy", "Understanding Jane", "Nicholas Nickleby", and "The Key" before starring as Frankie in 2003's "16 Years of Alcohol". McKidd was nominated for a Scottish BAFTA Award for Best Actor in a Scottish Film for the part. He also starred in "Hannibal Rising", "Percy Jackson & the Olympians: The Lightning Thief", "Comes A Bright Day", "Brave", and "Justice League: The Flashpoint Paradox". McKidd is perhaps best known for playing Dr. Owen Hunt on the hit TV series "Grey's Anatomy". He has appeared on the show since 2008, earning a 2010 Prism Award for Best Performance in a Drama Series Multi-Episode Storyline. He was nominated for a Prism Award in 2011 for the part as well. McKidd has directed a handful of episodes of the show. He also voices several video game characters, including Jezz Torrent in "Grand Theft Auto: Vice City" and Captain John Soap MacTavish in "Call of Duty: Modern Warfare 2" and "Call of Duty: Modern Warfare 3". In 2012, McKidd was part of a collaborative folk music album designed to help the organization Save the Children. 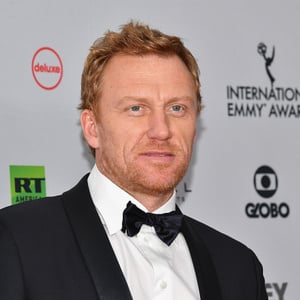