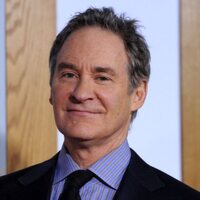 What is Kevin Kline's Net Worth and Salary?

Kevin Kline is an American actor, comedian, and voice artist who has a net worth of $35 million. Kline has been recognized with many honors and accolades over the course of his entertainment career. He is the recipient of an Oscar, three Tony Awards, and many other awards. He was also nominated for two Emmy Awards, two BAFTA Awards, and five Golden Globe Awards. In addition, Kevin was inducted into the American Theatre Hall of Fame in 2003.

Aside from his stage work, Kevin is well-known for his various film roles. His debut came in 1982 with "Sophie's Choice," in which he appeared alongside Meryl Streep. He then proved he could truly flourish in Hollywood after winning an Academy Award for Best Supporting Actor in "A Fish Called Wanda." He has appeared in a wide range of films over the course of his career, including "Silverado," "Wild Wild West," "Beauty and the Beast," and many others.

In addition, Kevin is an accomplished voice actor, having booked roles in animated films like "The Hunchback of Notre Dame," "The Road to El Dorado," and "The Tale of Despereaux." He also flexed his voice acting muscles with the animated series "Bob's Burgers," earning himself a Primetime Emmy Nomination in the process. Kevin was also given a star on the Hollywood Walk of Fame in 2004.

Kevin met actress Phoebe Cates since 1983. They began dating in 1985 and married in 1989. They have two children together. Phoebe largely retired from acting in the early 90s to focus on raising their children. The couple's primary residence is a home on the Upper East Side of Manhattan.

Kevin Delaney Kline was born on October 24th of 1947 in St. Louis, Missouri. Raised by a father who was obsessed with classical music and opera, Kevin spent a lot of time in his family's record store when he was growing up. Although his father was Jewish, he grew up in a Catholic household alongside three siblings. After leaving high school, Kline attended Indiana University in Bloomington, initially studying music. However, he switched gears and started studying theater and speech during his last two years of college. During these early years, Kevin co-founded an off-campus theatrical troupe and rubbed shoulders with fellow actor Jonathan Banks.

By 1970, Kline had earned himself a scholarship to the Juilliard School in New York. Although the Juilliard school is today considered one of the most esteemed acting colleges in the world, it had just been founded when Kline received his scholarship, and it did not have the same kind of reputation it has today. During his time at this school, Kevin teamed up with fellow Juilliard students Patti LuPone and David Ogden Stiers to form the City Center Acting Company, which later became known simply as "The Acting Company." 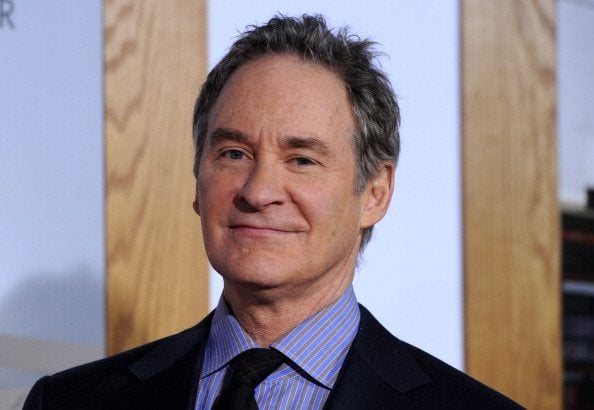 During his time at Juilliard, the Acting Company toured across the United States and performed a number of Shakespeare plays and other classical works. The company also performed the musical "The Robber Bridegroom." Today, The Acting Company is one of the most widely-respected theater organizations in the nation. During his time at Juilliard, Kline also started studying singing seriously alongside Beverley Peck Johnson.

After touring extensively with The Acting Company, Kevin settled in New York City and started booking stage roles. He also booked a minor role in a soap opera during this period. His stage work eventually progressed to the point where he was booking roles in shows like "On the Twentieth Century." He was widely praised by critics for these performances, and by the 1980s he was one of the most successful stage actors in the nation. He also appeared in the New York Shakespeare Festival on numerous occasions, and he was dubbed "the American Olivier" by famous theater critic Frank Rich.

By the early 80s, Kevin was ready to venture into the world of film. He started with movies like "The Big Chill," "Silverado," and "French Kiss" during the 80s and early 90s, working heavily with director Lawrence Kasdan. By the late 90s, he had won his first Academy Award for his role in the British comedy "A Fish Called Wanda."

In the early 90s, Kline started to become more involved with the voice acting world, starting with a role in "The Nutcracker." He subsequently booked a role in the 1996 Disney film "The Hunchback of Notre Dame." He then made voice acting a major part of his acting repertoire, continuing to book roles in various animated projects throughout the rest of his career.

Despite his shift towards film work in the 80s and 90s, Kevin maintains a keen interest and involvement in theatre. In 2008 and 2009, he played the title role in Shakespeare's "King Lear" on Broadway.

In 1983, Kevin Kline met actress Phoebe Cates, and they started dating two years later. In 1989, the pair were married. They subsequently settled in the Upper East Side of Manhattan, and they have had two children together. Their daughter Greta Kline has gone on to act as the frontwoman for the band Frankie Cosmos. His son Owen was diagnosed with juvenile diabetes, prompting Kevin to become active within the Juvenile Diabetes Research Foundation.