Kevin Hooks Net Worth: Kevin Hooks is an American actor and director who has a net worth of $5 million. Kevin Hooks was born in Philadelphia, Pennsylvania in September 1958. Hooks made his acting debut in the 1969 TV movie J.T. and starred in his first feature film Sounder in 1972.

From 1978 to 1981 he starred as Morris Thorpe in the television series The White Shadow. In 1986 he starred as Mayor Carl Burke in the TV series He's the Mayor. Hooks directed episodes of the television series St. Elsewhere from 1983 to 1984. He has also directed episodes of the TV series V, Philly, Soul Food, 24, NYPD Blue, Prison Break, Detroit 1-8-7, Drop Dead Diva, Bones, Necessary Roughness, and Castle. He has also served as executive producer for the TV series Philly, Dragnet, Lincoln Heights, Prison Break, Human Target, Detroit 1-8-7, and Last Resort. Hooks won a Primetime Emmy Award in 2000 for Outstanding Children's Program for The Color of Friendship. He was nominated for a Golden Globe Award in 1973. 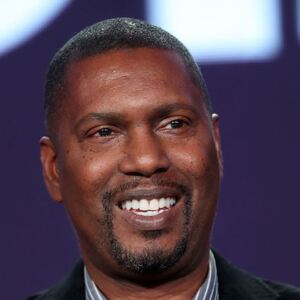