Kevin Frazier net worth and salary: Kevin Frazier is an American television host and sports anchor who has a net worth of $2 million dollars and annual salary of $500 thousand. Raised in Maryland, Kevin Frazier graduated from Hampton University. He began his professional career as an anchor for Fox Sports Network.

He then moved to ESPN, where he served as the host of SportsCenter, and shows devoted to the NBA. In 2004, he began serving as a correspondent for "Entertainment Tonight", and occasionally hosted the daily entertainment news program, as well. He founded the popular website, HipHollywood.com in 2008. In 2011, he was named co-host of "The Insider", which is now known as "omg! Insider". He is also the lead anchor for college basketball coverage on FX and Fox Sports Net. In addition to his work as a host and anchor, he has also made appearances on such programs as "America's Next Top Model" and "Hell's Kitchen". He also covered the 2009 U.S. Open with Lindsay Davenport. 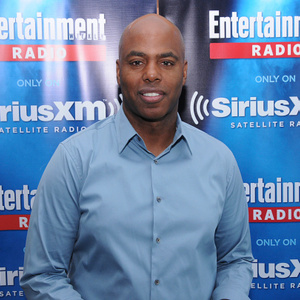