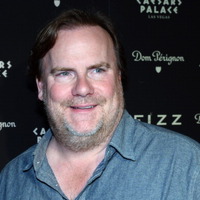 Kevin Farley Net Worth: Kevin Farley is an American actor, designer, dancer, comic, and singer who has a net worth of $500 thousand dollars. Born in Madison, Wisconsin, in 1965, Kevin Farley is the brother of famed late comedian Chris Farley. Both brothers graduated from nearby Marquette University in Milwaukee. Farley is famous for appearing in his brother's skits, most notably as Doug Linus in the mock boy band 2ge+her. He's had several on-screen roles, including appearances on "Curb Your Enthusiasm", "That's So Raven", "An American Carol", "Two Guys Drinking at a Bar", and "Tom Green's House Tonight". Farley appeared in commercials for Dairy Queen and Hertz Rent-A-Car. In 2008, he was part of the Republican National Convention. Farley has acted in two music videos: Lifehouse's "Blind" in 2005 and Nickelback's "This Afternoon". He made his directorial debut in 2013 with "Paranormal Movie". The film is a spoof of the popular "Paranormal Activity" Series and stars Farley, Nicky Whelan, William Katt, Tom Dizemore, and Maria Menounos. His other TV and film credits include "The Jadagrace Show", "Rules of Engagement", "The Neighbors", "Bump and Grind", "Zeke and Luther", "United States of Tara", "The Gold & the Beautiful", "Dog Gone", "Wild Girls Gone", "Drake & Josh", and "Mind of Mencia".