Kevin Durand net worth and salary: Kevin Durand is a Canadian actor who has a net worth of $4 million dollars. Kevin Durand was born in Thunder Bay, Ontario, Canada, and began his professional acting career in the late 90s. He has gone on to become one of Hollywood's busiest character actors, and has appeared in a wide range of film and television projects, primarily in co-starring roles.

Some of his television projects include recurring roles on "Stargate SG-1", "Dark Angel", "Touching Evil", "Andromeda", and "American Dad". He has also guest-starred on such shows as, "ER", "Dead Like Me", "The Collector", "Kyle XY", and "Without a Trace". He has also appeared in such films as, "Austin Powers: The Spy Who Shagged Me", "Mystery, Alaska", "Walking Tall", "Smokin' Aces", "3:10 to Yuma", "X-Men Origins: Wolverine", "Robin Hood", "I Am Number Four", "Cosmopolis", and "Fruitvale Station". He is next slated to appear in the films, "The Mortal Instruments: City of Bones" and "Noah". From 2014 to 2014 he was a main cast member of The Strain which aired 46 episodes across 4 seasons on FX. 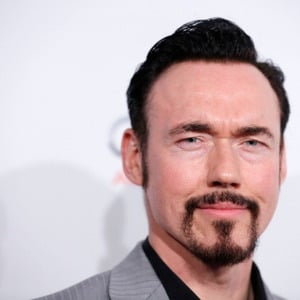