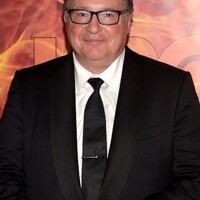 Kevin Dunn Net Worth: Kevin Dunn is an American actor who has a net worth of $4 million. Kevin Dunn was born in Chicago, Illinois, in 1956, and earned his degree from Illinois Wesleyan University. Dunn made his on-screen debut as Bob in "Family Ties" and as Agent Bird in "Mississippi Burning" in 1998. He went on to appear in "Ghostbusters II", "Roseanne", "Seinfeld", "The Bonfire of the Vanities", "Hot Shots!", "Only the Lonely", "1942: Conquest of Paradise", "Beethoven's 2nd", "Picture Perfect", "Small Soldiers", "Chain Reaction", "Snake Eyes", "Nixon", "Little Big League", "The Beach Boys: An American Family", "Boston Public", "Law & Order", and "The Darwin Awards" before landing the part of Coach Terry Hardwick on "7th Heaven" from 2004 until 2006. He also appeared in "Lost" as Gordy, "Live Free or Die" as Monson, and "The Closer" as Mr. Catalina. He starred in "Samantha Who?" as Howard Newly, "Vicky Cristina Barcelona" as Mark Nash, "Transformers: Revenge of the Fallen" as Ron Witwicky, and "Unstoppable" as Oscar Galvin. Dunn's more recent roles include "Transformers: Dark of the Moon", "Bette", "Warrior", "Harry's Law", "Luck", "Prosecuting Casey Anthony", "Jobs", "Cesar Chavez", "Veep", "Draft Day", and "True Detective". Dunn was executive producer on the 2011 award-winning documentary "Kumpania: Flamenco Los Angeles".