What is Kevin Costner's Net Worth and Salary?

Kevin Costner is an American actor, producer, and director who has a net worth of $250 million. At the peak of his career in the 1980s and 1990s, Kevin was one of the highest-paid actors in the world. During his career Costner has received two Academy Awards, two Golden Globe Awards, one Primetime Emmy Award, and two Screen Actors Guild Awards.

Kevin Michael Costner was born in Lynwood, California, on January 18, 1955. His mother, Sharon Rae (née Tedrick), was a welfare worker, and his father, William Costner, was an electrician and later utilities executive at Southern California Edison. Costner is the youngest of three boys, but his middle brother died at birth. He grew up in Compton, California, and was raise Baptist.

Due to his father's career, the family moved relatively often around various parts of California, particularly during his teenage years. He attended Mt. Whitney High School before moving to Orange County, California, where he eventually graduated from Villa Park High School in 1973. He continued his education at California State University, Fullerton, graduating with a Bachelor of Arts degree in marketing and finance in 1978.

Costner began to pursue acting after college, inspired by an encounter with the actor, Richard Burton, who encouraged Costner to chase his longtime, secret dream. Costner made it to Hollywood the hard way: acting classes, odd jobs, auditions, and very little money. Costner's work paid off though, and soon, after a brief stint in a film in 1974, began to break into acting full-time in the 1980s.

Costner's role in the 1987 film, "The Untouchables," is widely considered to have been his "big break," followed by, "Dances with Wolves" in 1990, which he directed as well as starred in. "Dances with Wolves" is also the film that earned him his two Academy Awards for Best Director and Best Picture. However, he has appeared in a long list of projects and films throughout his career.

Technically, Costner made his feature film debut in the film "Sizzle Beach, U.S.A.", which was filmed in the winter of 1978 to 1979. However, it was not released until 1981, and then re-released again in 1986. This led many to think that Costner's first feature film was 1983's "The Touch". In 1983, he also appeared in the films "Table for Five" and "Testament", and featured in a commercial for Apple promoting the Lisa desktop computer model. In 1985 he worked on numerous projects, including a starring role in director Lawrence Kasdan's film "Silverado", and the films "Fandango" and "American Flyers".

"The Untouchables" was not Costner's only film in 1987; he also starred in the thriller "No Way Out" that year. The following years, his performance in "Bull Durham" (1988) and "Field of Dreams" (1989) helped to solidify and secure his status as an A-list actor. He partnered with producer Jim Wilson in 1990, and they formed the production company Tig Productions. The company's first project was the epic film "Dances with Wolves" (1990), which, as previously mentioned, Costner both directed and starred in. That year Costner also starred in the film "Revenge" (1990). 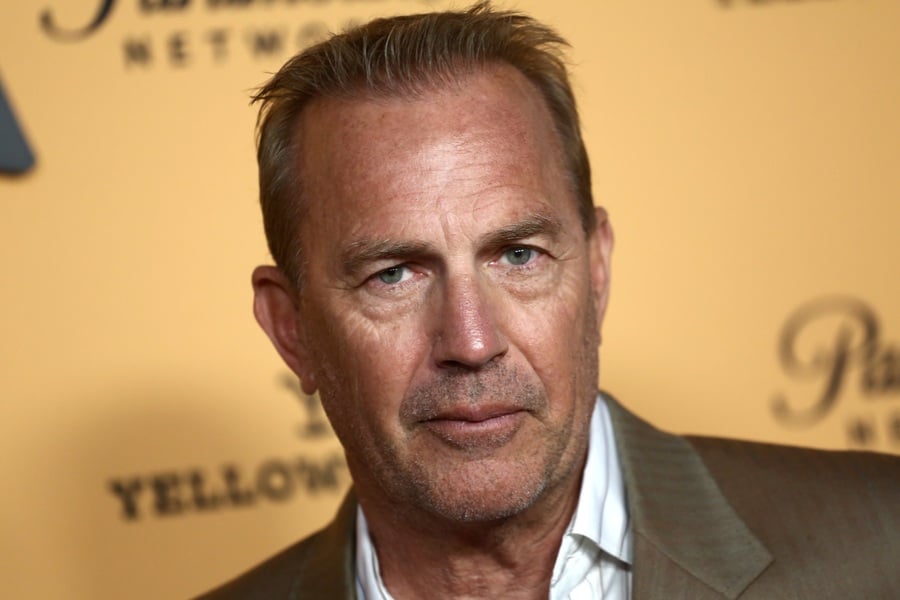 Costner followed his success with "Dances with Wolves" with a series of films that all either received critical acclaim or were box office hits. These include: "Robin Hood: Prince of Thieves" (1991), "JFK" (1991), "The Bodyguard" (1992), and Clint Eastwood's "A Perfect World" (1993). However, this string of successes were followed by a string of films that failed to garner much attention, and were generally received quite poorly by both audiences and critics. These include: "The War" (1994), "Waterworld" (1995), and "The Postman" (1997). Out of these three, "The Postman"—which Costner not only starred in but directed—had the worst results. It actually ended up receiving five Golden Raspberry Awards, including the awards for Worst Picture, Worst Actor, and Worst Director.

In June 2004, Costner opened an attraction called Tatanka: The Story of the Bison, on U.S. Routh 85, one mile south of Deadwood, South Dakota. He hoped that it could serve as an educational space for people to learn about America's history of westward expansion. He has also invested in the Midnight Star Casino in Deadwood. When he fired Francis and Carla Caneva, the managers of the casino, in July 2004, a judge ordered him to pay a percentage of $6.1 million to buy out the Canevas as his business partners. He then asked the South Dakota Supreme Court to re-examine the ruling in 2006, after an accountant he hired determined the market value of the casino to be $3.1 million.

Costner married Cindy Silva, his college sweetheart, after they graduated in 1978. They share three children together. After 16 years of marriage, Costner and Silva divorced in 1994. He then dated and had a son with Bridget Rooney. He also has dated Birgit Cunningham and Elle Macpherson. In 2004, Costner married model and handbag designer Christine Baumgartner; they have three children together.

Aspen, Colorado: Costner owns a 160-acre property in Aspen that features three lakefront homes that can comfortably sleep 30 people. He acquired the property in three transactions. The first two transactions, one in the late 1980s and another in the early 1990s, for undisclosed amounts. In 2017 he paid $7.3 million for the third parcel to complete the 160-acre property. He rents this property out for the low-low price of $30,000 per NIGHT.

Carpinteria, California: Nestled between Malibu and Santa Barbara is a quaint beachfront town called Carpinteria. In 2006 the Costners paid $28.5 million for a 17-acre undeveloped plot of land overlooking the ocean. They own an additional 10-acre property in Carpinteria which they tried to sell in 2017 for $60 million. They reduced the price to $49 million a year later but ultimately took the property off the market. They previously owned a 7-acre property in the same area which they sold in 2009 for $25 million.