What is Kevin Corcoran's net worth?

As an actor he played characters such as James Boonie and Johnny Lincoln Clem on the television series Walt Disney's Wonderful World of Color form 1957 to 1963.

Corcoran starred in movies such as Old Yellar, The Shaggy Dog, The Rabbit Trap, Toby Tyler, or Ten Weeks with a Circus, Pollyanna, Swiss Family Robinson, Babes in Toyland, Bon Voyage!, Savage Sam, A Tiger Walks, Blue, and It Starts with Murder!.

Corcoran co-produced the TV series The Shield in 2008 and Sons of Anarchy from 2009 to 2011. He was a second unit director or assistant director for the television series Scarecrow and Mrs. King, Simon & Simon, Baywatch, Murder, She Wrote, Profiler, and Providence.

Kevin Corcoran passed away on October 6, 2015 at 66 years old from colorectal cancer. 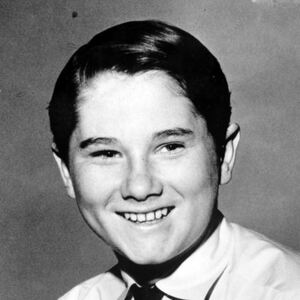