Kevin Chamberlin net worth: Kevin Chamberlin is an American actor who has a net worth of $500 thousand. Kevin Chamberlin was born in Baltimore, Maryland in November 1963. As a stage actor he has been nominated for Tony Awards and Drama Desk Awards for his roles in Seussical, Dirty Blonde, and The Addams Family.

He has also starred on Broadway in Triumph of Love, My Favorite Year, Chicago, The Ritz, and Abe Lincoln in Illinois. Chamberlin had a recurring role in the TV series Ghostwriter in 1994 and starred as Charles Weiss in the movie Die Hard: With a Vengeance in 1995. Since 2011 he has starred as Bertram in the television series Jesse. He has also had recurring roles on the TV series Ed, Jake in Progress, Sex, Love & Secrets, Heroes, and State of Mind. Chamberlin has also starred in the movies In & Out, Letters from a Killer, Trick, Herman U.S.A., Road to Perdition, Suspect Zero, Christmas with the Kranks, Loudmouth Soup, Lucky Number Slevin, The Girl Next Door, Taking Woodstock, Possessions, and Lucky Stiff. 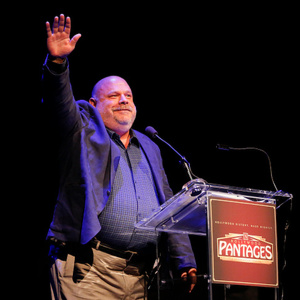