What is Kerry Washington's Net Worth and Salary?

Kerry Washington is an American actress who has a net worth of $50 million. She is best known for her portrayal of the character Olivia Pope on the ABC drama "Scandal" from 2012 to 2018.

Kerry Marisa Washington was born in The Bronx, New York City, on January 31, 1977. Her mother Valerie was a professor and educational consultant, and her father Earl was a real estate broker. Through her mother, Washington is a cousin of former US Secretary of State Colin Powell. She attended the Spence School in Manhattan, graduating from high school in 1994. As a teen, she also performed with the TADA! Youth Theater group. She pursued higher education at George Washington University, graduating in 1998 with a double major in anthropology and sociology. She returned to her alma mater in 2013, when she served as the commencement speaker for that year's graduation ceremony. She was then presented with an honorary Doctorate of Fine Arts.

In 2010, Washington made her stage debut in David Mamet's "Race" on Broadway. That same year, she appeared in Tyler Perry's film "For Colored Girls". For her performance in the critically acclaimed film "Django Unchained" (2012), she was invited to join the Academy of Motion Picture Arts and Sciences in June 2012. 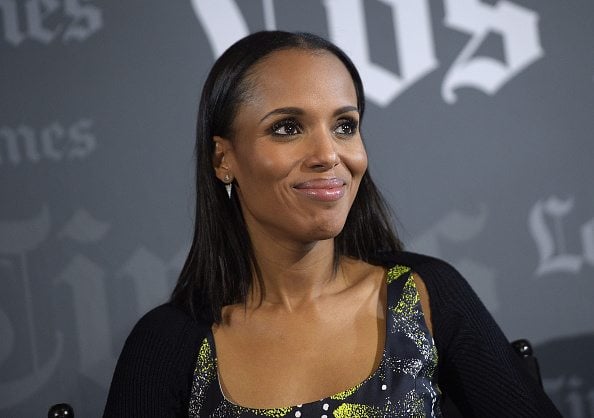 In perhaps what is one of her most recognizable roles in her career, Washington starred in the ABC drama series "Scandal" from 2012 to 2018 as crisis manager Olivia Pope. The show, created by Shonda Rhimes, was a massive commercial and critical success. For her performance on the show, Washington won the Outstanding Actress in a Drama Series Award at the 44th NAACP Image Awards in 2013. That same year, she was also presented with the NAACP President's Award, named as TV Guide Magazine's "Favorite actress", and crowned by the magazine as 2013'2 "TV star of the year". Additionally, Washington was nominated for an Emmy at both the 65th and 66th Primetime Emmy Awards, making her the first African-American woman to be nominated in the category of Outstanding Lead Actress in a Drama Series in 18 years. Other nominations she received for "Scandal" include a Screen Actors Guild Award for Outstanding Performance by a Female Actor in a Drama Series, and a Golden Globe Award for Best Actress in a Television Drama Series.

In another highly acclaimed performance, Washington starred in the HBO movie "Confirmation" (2016), directed by Rick Famuyiwa. The film covers the testimony of Anita Hill during Clarence Thomas's Supreme Court nomination. It was nominated for the Emmy Award for Outstanding Television Movie. Washington was nominated for the Primetime Emmy Award for Outstanding Lead Actress in a Limited Series or Movie at the 68th Primetime Emmy Award, and for the equivalent award at that year's Critics' Choice Awards. In 2020, Washington starred alongside Reese Witherspoon in the Hulu show "Little Fires Everywhere", and she also served as executive producer. The show was based on Celeste Ng's novel of the same name. 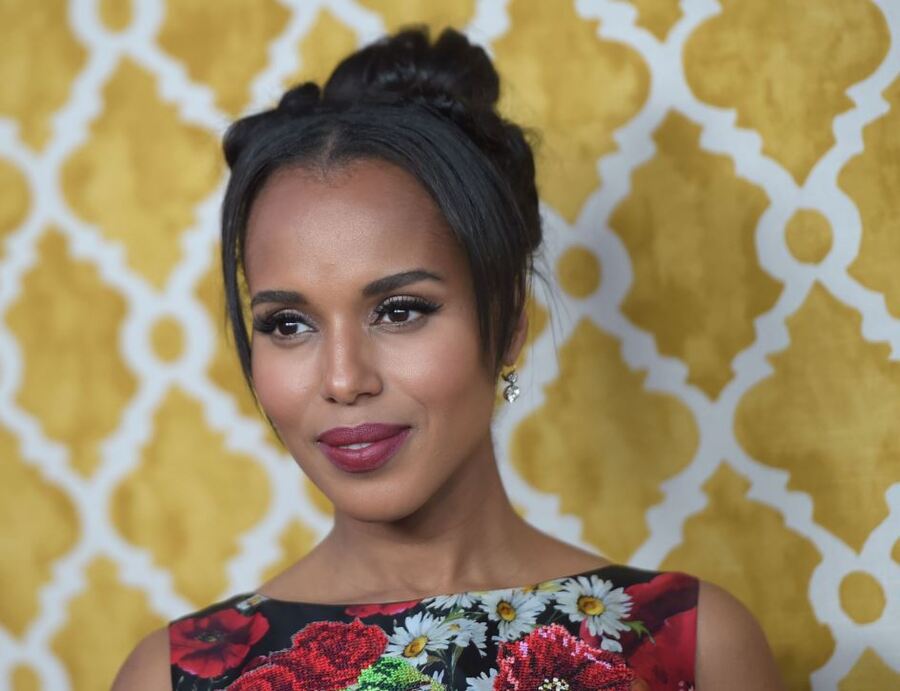 For the Hulu show Little Fires Everywhere, Kerry joined the exclusive club of actors who have earned over $1 million for a single episode of a television. She earned $1.1 million per episode in the first season. There were 8 episodes which means she earned a little under $9 million for the season.

From October 2004 to March 2007, Washington was engaged to actor David Moscow. She married NFL cornerback Nnamdi Asomugha on June 24, 2013. They have two children together, a daughter and a son.

Washington is a noted activist in Hollywood, and a supporter of LGBT rights. She was named an honorary chairperson of the GLSEN Respect Awards, and received the GLAAD Vanguard Award in March 2015. She is also a member of the Creative Coalition, a board of actors, writers, musicians, and producers that explore various issues; and of V-Day, a global movement that campaigns for more awareness on violence against women and girls.

As of this writing they still own Kerry's New York City apartment and Nnamdi's Manhattan Beach, Ca town home, both of which were bought separately before they met. 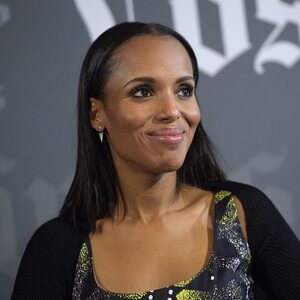