Kerry Bishé Net Worth: Kerry Bishé is an American actress who has a net worth of $4 million. Born in New Jersey in 1984, Kerry Bishé studied at Northwestern University in the Chicago suburbs. She worked with the Montana Shakespeare Company in the mid-2000s. Bishé made her on-screen debut in "The Half Life of Mason Lake" in 2007 before appearing as an extra in "The Lucky Ones" and "Sex and the City" in 2008.

She landed small parts in "Royal Pairs", "Virtuality", and "Life on Mars" before scoring a main role on the ninth season of the hit series "Scrubs" as Lucy Bennett in 2009-2010. Bishé took over for Zach Braff as the series' narrator. Following that part, Bishé appeared in "Nice Guy Johnny" as Brooke, "Meskada" as Emily Cordin, "Red State" as Cheyenne, and "Newlyweds" as Linda. In 2012, Bishé landed the part of Kathy Stafford in the acclaimed movie "Argo". She earned a Screen Actors Guild Award for Outstanding Performance by a Cast in a Motion Picture and a Hollywood Film Festival Award for Best Ensemble of the Year. Bishé has since appeared in 2012's "The Fitzgerald Family Christmas", 2013's "Max Rose", and 2014's "Grand Piano", "Goodbye World", and "Halt and Catch Fire". 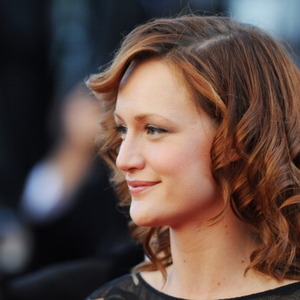