Kerris Dorsey Net Worth and Salary: Kerris Dorsey is an American actress and musician who has a net worth of $4 million. She is probably best-known for starring on the television series "Brothers & Sisters" and for playing Brad Pitt's daughter in the 2011 film "Moneyball".

Lilla Kerris Dorsey was born on January 8, 1998. She began acting professionally in 2005 with a role as Kathy Cash in the film "Walk the Line" alongside Reese Witherspoon and Joaquin Phoenix.

Dorsey went on to appear mostly on TV for the next few years, landing parts on "Monk", "So NoTORIous", "Vanished", "Medium", and "Carpoolers".

Her star-making role was Paige Whedon on the hit series "Brothers & Sisters". She appeared on 52 of the show's episodes between 2006 and 2011. Dorsey was a series regular during the first four seasons before becoming a recurring character in season five.

Since then, she has appeared in "Sons of Anarchy", "R.L. Stine's The Haunting Hour", "Shake It Up", and "Don't Trust the B—- in Apartment 23", before landing a regular role as Bridget Donovan in "Ray Donovan" in 2013. She was a main cast member of the show through 2020, playing the role of the title character's daughter.

Dorsey's film credits include parts in "Fuel", "Flower Girl", "JumpRopeSprint", "Moneyball", "An American Girl: McKenna Shoots for the Stars", "Girl vs. Monster", and "Alexander and the Terrible, Horrible, No Good, Very Bad Day". In films she has starred alongside fellow actors such as Brad Pitt, Philip Seymour Hoffman, Patricia Arquette, Sally Field, and Calista Flockhart.

Singing Career: Kerris' version of the song "The Show", which was used throughout "Moneyball" was released as a single and was the final track on the film's soundtrack.

Personal Life: While working on the film "Alexander and the Terrible, Horrible, No Good, Very Bad Day", Kerris met Dylan Minnette. They subsequently dated from 2014 to 2018. 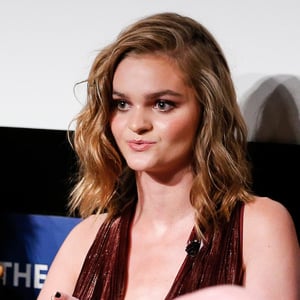