From 2001 to 2002 she starred on the series The Ellen Show. One of her best known roles has come starring as Deputy Trudy Wiegel on the television series Reno 911! From 2003 to 2009. Kerri Kenney-Silver has also starred in several films including Waiting…, Reno 911!: Miami, Role Models, All About Steve, A Futile and Stupid Gesture, and more. She also wrote and produced for the movie Reno 911!: Miami. She was the frontwoman for the female rock band Cake Like which was active from 1993 to 1999 and released the albums Delicious in 1994, Bruiser Queen in 1997, and Goodbye, So What? in 1999. 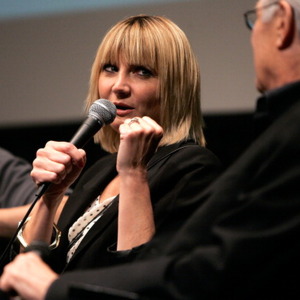