Kerri Green net worth: Kerri Green is an American actress, writer, and director who has a net worth of $2 million. Kerri Green was born in Fort Lee, New Jersey in January 1967. In 1985 Green starred as Andy in the movie The Goonies. She has also starred in the movies Summer Rental in 1985, Lucas in 1986, Three for the Road in 1987, Blue Flame in 1993, and Complacent in 2012. She has appeared in episodes of the TV series Walt Disney's Wonderful World of Color, ABC Afterschool Specials, In the Heat of the Night, Café Americain, Murder, She Wrote, ER, and Law & Order: Special Victims Unit. Green wrote, produced, and directed the 1999 film Bellyfruit. She was nominated for Young Artist Awards for Summer Rental in 1986 and for Lucas in 1987. Green co-founded the movie production company Independent Women Artists. 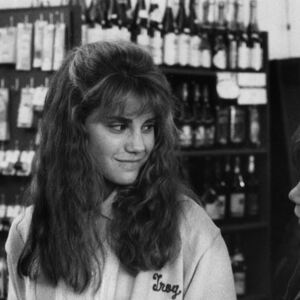