Kerr Smith Net Worth: Kerr Smith is an American actor who has a net worth of $2 million. He is perhaps best-known for appearing on the television show "Dawson's Creek".

Kerr Van Cleve Smith was born in Exton, Pennsylvania, in 1972. For college he enrolled in the University of Vermont and joined the Kappa Sigma fraternity.

He made his acting debut on soap opera "As the World Turns", where he played Teddy Ellison "Ryder" Hughes for 24 episodes. Smith followed that up with his film debut in 1999's "Hit and Runway" and "Lucid Days in Hell". He went on to appear in "The Broken Hearts Club: A Romantic Comedy" before landing the role of Carter Horton in the popular movie "Final Destination". He made an uncredited appearance as Carter in 2011's "Final Destination 5".

Smith landed the role of Jack McPhee on "Dawson's Creek" in 1998. He appeared on the show for 113 episodes until 2003, and it remains one of his best-known parts today.

Smith also appeared on ten episodes of "Charmed", 16 episodes of "E-Ring", and 13 episodes of "Justice" before landing the part of Ryan Thomas on the series "Life Unexpected" from 2010 until 2011. Smith's other TV credits include "Miss Match", "CSI: Miami", "The Closer", "Eli Stone", "NCIS", and "The Fosters". He married actress Harmoni Everett, in 2003. They filed for divorce six years later. 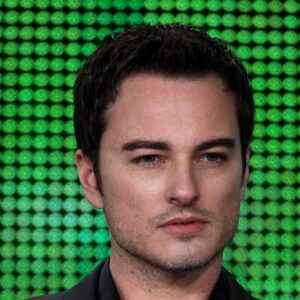