How much is Keri Sable Worth?

Keri Sable Net Worth: Keri Sable is an American former adult film actress who has a net worth of $1 million. Born in Buffalo, New York, in 1986, Keri Sable moved to Los Angeles to pursue show business and ended up making her adult film debut in 2004. She landed a contract with Exotic Star Models and later Wicked Pictures. She starred in "First Offense 5" with Peter North for the first time. In 2005, she won the NightMoves Award for New Starlet as the fan's choice and was nominated for the same honor at the XRCO Awards. A year later, she won Starlet of the Year at the Adam Film World Awards. She was nominated for four AVN Awards in 2006, including Best New Starlet, Best Anal Sex Scene for "Eternity" with Randy Spears, Best Group Sex Scene in a Film for "Sold" with Jessica Drake and Brad Armstrong, and Best Group Sex Scene in a Video for "Anal Expedition 6" with Melissa Lauren, Erik Everhard, and Manuel Ferrara, among others. Sable's last AVN Award nomination came in 2007 for Best Supporting Actress in a Video for "The Visitors". The five-foot-seven actress has appeared in more than 100 adult films, and performs under a variety of names, including Carrie Sable. 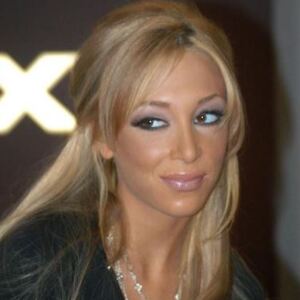