Kenton Duty Net Worth: Kenton Duty is an American actor, musician, and dancer who has a net worth of $1 million dollars. Born in Plano, Texas, in 1995 as Jeffrey Kenton Duty, Kenton Duty started acting before his tenth birthday. He developed a passion for musical theater and appeared in a production of "A Christmas Carol" in 2004.

Duty starred in a few more stage productions before he began appearing on-screen. Duty was featured in a handful of commercials for companies such as Mattel, Pizza Hut, Wal-Mart, and McDonald's, and was a guest on "The Tonight Show with Jay Leno" several times in 2007. He made his TV movie debut as Michael Marino in "Christmas in Paradise". Duty appeared on "3-Minute Game Show", "Cold Case", and "2:13" before landing the part of Young Ben on ten episodes of "Ctrl" in 2009. He twice appeared on "The Jay Leno Show" in 2009 before he began playing a Young Jacob in a handful of episodes of "Lost" in 2010. Duty has since appeared on "Jimmy Kimmel Live!", "Last Man Standing", and "Shake It Up". His film credits include parts in "Crazy on the Outside", "My Name is Khan", "Amazing Love: The Story of Hosea", "Contest", and "The Adventures of Mickey Matson and the Pirate's Code". Duty has been featured on several singles, including "Monster Mash" in 2011, "Roam" in 2012, "Show Ya How" in 2012, and "Teenage Summer Nights". He was twice nominated for a Young Artist Award for Outstanding Young Ensemble in a TV Series for "Shake It Up" in 2011 and 2012. Duty has taken up the cause of speaking out against school bullying. 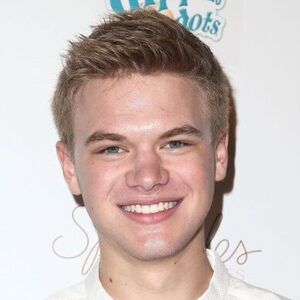