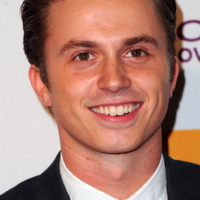 Kenny Wormald net worth: Kenny Wormald is an American reality television star and actor who has a net worth of $6 million. Kenny Wormald also earned his net worth as a dancer and actor. The Boston-born celebrity was destined to be a star. Starting at the age of six, Wormald took an interest in dancing, winning several dancing competitions. He was named the Teen Dancer of Boston and New England as well as performing for the then-president Bill Clinton and snapping up a gold medal at the World Dance Championships in Germany. An accomplish dancer, Wormald appeared in music videos for Madonna, Mariah Carey and Chris Brown. He has also toured extensively with the Pussycat Dolls and Justin Timberlake. Wormald claimed his fame in the MTV's reality TV series, Dancelife, alongside Jennifer Lopez. When the show ended after just two seasons, Wormald turned to acting, taking the lead role in the 2008 TV film, Center Stage 2: Turn It Up. He was also a male lead in the 2011 remake of Footloose. Although Wormald received mixed reviews from critics, Footloose was a box office hit, making over $62 million worldwide.