How much is Kenneth Branagh Worth?

Kenneth Branagh Net Worth: Kenneth Branagh is an Irish actor, director, producer and screenwriter who has a net worth of $60 million. Kenneth Branagh was born December 10, 1960 in Belfast, Northern Ireland. He has directed or starred in several film adaptations of William Shakespeare's plays, including Henry V (1989) (for which he was nominated for the Academy Awards for Best Actor and Best Director), Much Ado About Nothing (1993), Othello (1995), Hamlet (1996) (for which he was nominated for the Academy Award for Best Adapted Screenplay), Love's Labour's Lost (2000) and As You Like It (2006). Branagh is credited with making Shakespeare accessible to the masses.

He has also starred in numerous other films and television series including Fortunes of War (1987), Wild Wild West (1999), The Road to El Dorado (2000), Conspiracy (2001), Harry Potter and the Chamber of Secrets (2002), Warm Springs (2005), Valkyrie (2008), Wallander (2008 – 2016), My Week with Marilyn (2011) as Sir Laurence Olivier (and earned an Academy Award nomination for Best Supporting Actor). He has directed such notable films as Dead Again (1991), in which he also starred; Swan Song (1992) (Academy Award-nominated for Best Live Action Short Film); Mary Shelley's Frankenstein (1994), in which he also starred; The Magic Flute (2006); Sleuth (2007); the blockbuster superhero film Thor (2011); the action thriller Jack Ryan: Shadow Recruit (2014), in which he also co-starred. Branagh narrated the BBC documentary miniseries Walking with Dinosaurs (1999) as well as The Ballad of Big Al, Walking with Beasts (2001) and Walking with Monsters (2005). Branagh has been nominated for five Academy Awards, five Golden Globes and won an Emmy and three BAFTAs. He was appointed a knight bachelor in the 2012 Birthday Honours and was knighted on November 9, 2012. 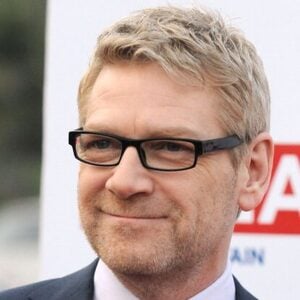