What is Ken Watanabe's Net Worth and Salary?

Ken Watanabe is a Japanese film, television, and stage actor who has a net worth of $40 million. Ken Watanabe is best known in the West for his performances in such films as "Batman Begins," "Letters from Iwo Jima," "Inception," and "The Last Samurai," the lattermost of which earned him an Academy Award nomination for Best Supporting Actor. His other film credits have included "Memories of Tomorrow," the 2014 reboot of "Godzilla," and the fourth and fifth installments in Michael Bay's "Transformers" franchise. Watanabe has also acted on television and stage, receiving a Tony Award nomination for his leading performance in "The King and I" in 2015. Watanabe has won the Japan Academy Prize for Best Actor twice.

Ken Watanabe was born on October 21, 1959 in Koide, Niigata, Japan to a father who taught calligraphy and a mother who worked as a school teacher. Moving often due to the work of his parents, he grew up in the villages of Sumon and Irihirose. As a teen, Watanabe went to Niigata Prefectural Koide High School, where he played trumpet with the concert band club. Following his graduation, he planned to enroll at the Tokyo conservatory Musashino Academia Musicae; however, he struggled with coming up with the tuition money.

In Tokyo, Watanabe began his professional career as a member of En, a theater troupe. While he was with the troupe, he landed the lead role in the play "Shimodani Mannencho Monogatari," which earned him recognition from both audiences and critics. Watanabe went on to make his television acting debut in 1983 with an appearance on the Japanese detective series "Taiyō ni Hoero!" He subsequently appeared on the series "Sanga Moyu."

Watanabe made his feature film debut in 1984 with a supporting role in the Japanese film "MacArthur's Children." The following year, he played a truck driver in the comedy "Tampopo." Watanabe next starred in 1986's "The Sea and Poison," based on the eponymous novel by Shusaku Endo. Due to a leukemia diagnosis in the late 80s, he didn't make another appearance on the big screen until 1998, when he costarred in "Kizuna" and was part of the ensemble cast of "Welcome Back, Mr. McDonald." Watanabe was subsequently in the action-comedy crime film "Space Travelers" and the historical drama "Genji: A Thousand-Year Love."

In 2003, Watanabe made his Hollywood debut in the period action drama "The Last Samurai," starring Tom Cruise. For his performance as Lord Moritsugu Katsumoto, the 19th-century samurai of the title, Watanabe received an Academy Award nomination for Best Supporting Actor. He followed this in 2005 with two more roles in major Hollywood films, playing Chairman Ken Iwamura in "Memories of a Geisha" and the decoy of Ra's al Ghul in Christopher Nolan's "Batman Begins." In 2006, Watanabe returned to Japanese cinema to star in "Memories of Tomorrow," for which he won the Japan Academy Film Prize for Best Actor. The same year, he starred in Clint Eastwood's acclaimed World War II drama "Letters from Iwo Jima." Watanabe next starred in the 2009 drama "The Unbroken," which garnered him his second Japan Academy Film Prize for Best Actor. His subsequent credits were the fantasy film "Cirque du Freak: The Vampire's Assistant" and the political thriller "Shanghai." 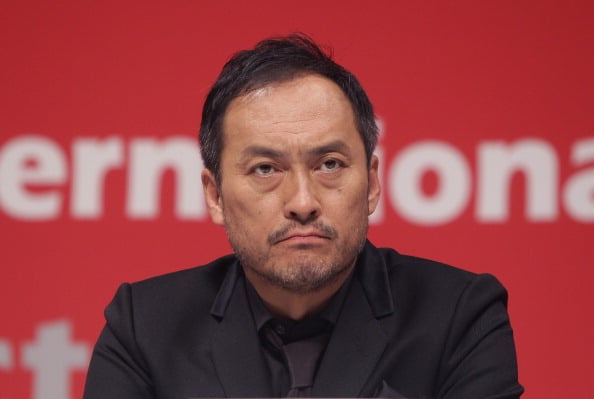 Watanabe reunited with director Christopher Nolan in 2010 to play Mr. Saito, a powerful businessman, in the science-fiction action film "Inception." Two years after this, he starred in the Japanese drama "Hayabusa: The Long Voyage Home." Watanabe followed that with another starring role in the 2013 Japanese remake of Clint Eastwood's Western "Unforgiven." He then made a big return to Hollywood with the 2014 reboot of "Godzilla," in which he played Dr. Ishiro Serizawa; he later reprised this role in the sequel "Godzilla: King of the Monsters." Watanabe began another major franchise in 2014 with his role as Drift in "Transformers: Age of Extinction," a role he reprised in "Transformers: The Last Knight." His other notable credits have included "Sea of Trees," "Rage," "Isle of Dogs," "Bel Canto," "Detective Pikachu," and "Fukushima 50."

Watanabe had his first main role on a television series in 1986 on the NHK serial "Hanekonma." He had an even bigger part the following year, starring as Date Masamune on the NHK historical series "Dokuganryū Masamune." In 1989, Watanabe starred as the titular daimyo in the television film "Oda Nobunaga." He subsequently had main roles on the 90s series "Baian the Assassin" and "Homura Tatsu." From 1995 to 2002, Watanabe starred as gokenin Zankurō Matsudaira on "Gokenin Zankurō." During this time, he appeared as part of the ensemble of the series "Ikebukuro West Gate Park." In 2004, Watanabe had a main role on the series "Suna no Utsuwa." Among his other credits have been the historical drama series "Segodon"; the television film "An Artist of the Floating World"; the miniseries "The Fugitive"; and the crime drama series "Tokyo Vice," based on Jake Adelstein's non-fiction book.

In 1983, Watanabe wed his wife Yumiko; the pair eventually divorced in 2005. Subsequently, Watanabe married actress Kaho Minami, whose son from a previous marriage he officially adopted. Watanabe also has two biological children named Dai, an actor, and Anne, an actress and model. In 2018, he divorced Minami after admitting to having had an extramarital affair. 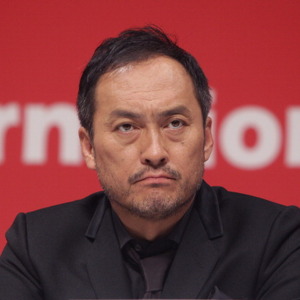