Ken Wahl net worth: Ken Wahl is an American actor who has a net worth of $500 thousand. Ken Wahl, also known as Anthony Calzaretta, was born in Chicago, Illinois, and later relocated to The Bronx, New York with his family. He played baseball while in high school, and after graduating, traveled across the country, eventually settling in Los Angeles, where he began working as an extra. His extra work led to auditions for larger roles, and he first gained widespread notice for his performance in "The Wanderers". He went on to appear in such films as, "Fort Apache, The Bronx", "The Soldier", and "Jinxed". He became a household name, when he was cast as Vinnie Terranova in the television series, "Wiseguy", in the late 80s. He was nominated for an Emmy Award for his work, and won a Golden Globe. He went on to appear in a few more movies after the run of "Wiseguy" ended. However, a battle with alcohol addition and multiple injuries from motorcycle and on-set accidents began to slow him down, and he has since largely retired. 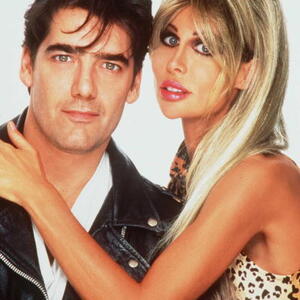