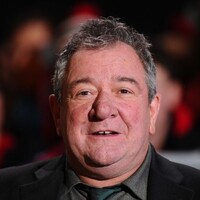 Ken Stott net worth: Ken Stott is a Scottish actor who has a net worth of $3 million. Ken Stott was born in Edinburgh, Scotland in October 1954. He starred as Fraser Boyle in the television series Your Cheatin' Heart in 1990 and as Eddie in the TV series Takin' Over the Asylum in 1994. Stott starred as Pat Chappel in the series The Vice from 1999 to 2003. From 2006 to 2007 he starred as DI John Rebus in the television series Rebus. In 2014 he had a recurring role as Ian Garrett in the TV series The Missing. Stott has also starred in the movies For Queen and Country, Being Human, Saint-Ex, The Boxer, Fever Pitch, The Debt Collector, King Arthur, Casanova, Charlie Wilson's War, The Hobbit: An Unexpected Journey, The Hobbit: The Desolation of Smaug, and The Hobbit: The Battle of the Five Armies. He won a BAFTA Scotland Award for Best Acting Performance in Television in 2008 for Hancock & Joan and has been nominated for three BAFTA TV Awards.