How much is Ken Osmond Worth?

Ken Osmond net worth: Ken Osmond iwasan American actor who had a net worth of $1.5 million at the time of his death in 2020. Osmond was best-known for playing the role of Eddie Haskell on the TV comedy "Leave It to Beaver"

Ken Osmond was born in Glendale, California. He began acting before he started kindergarten, appearing in commercials. He studied acting, dance, and voice at private institutes after his regular school day while growing up, and made the transition from commercials to speaking roles in feature films when he was nine. After multiple guest spots on such shows as "Lassie", "Fury", and "The Adventures of Ozzie and Harriett", in 1957 he was cast in the role that would make him a household name, as Eddie Haskell on "Leave It to Beaver". What was originally supposed to be a one-episode guest appearance turned into main role on the show's 234 episodes.

After the run of "Leave It to Beaver" ended in 1963, he acted intermittently. Ken reprised the role of Eddie Haskell in various "Leave It to Beaver" sequels and spinoffs. He also had guest starring roles on such shows as, "Happy Days", "Rags to Riches", and "Parker Lewis Can't Lose".

In 1970 Ken joined the LA Police Department. He grew a mustache to hide his identity. In September 1980 he was shot five times while on duty. His life was saved by his bulletproof vest. Ken retired from the police force in 1988. 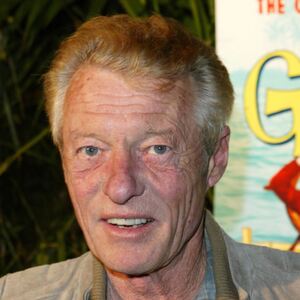