Ken Olin Net Worth: Ken Olin is an American actor, director and producer who has a net worth of $25 million. That is a combined net worth with his wife since 1982, actress Patricia Wettig.

Early Life: He was born Kenneth Edward Olin on July 30, 1954 in Chicago. Ken set out for Hollywood in the late 1970s upon his graduation from the University of Pennsylvania in Philadelphia. After portraying several small parts, Olin began landing leads on top TV shows. Thanks to his strong performances on both Hill Street Blues (1981) and Falcon Crest (1981), Olin got the role of subtle stud Michael Steadman on Thirtysiomething (1987). The show run for four seasons and fetched many accolades and nominations for its liberal, but yet sensitive content. Much to his pleasure, Ken co-starred on the show with his actress wife Patricia Wettig.

In the post Thirtysomething period, Ken turned to mini-movies before focusing on directing and producing full-time. He directed episodes of Felicity, The West Wing, Judging Amy and Freaks and Geeks. He earned three Emmy nominations for his TV drama Doing on Maple Drive (1992). He was the executive producer and director of the TV series Brothers & Sisters (2006-2011). He is an executive producer on the smash hit NBC show This Is Us.

Real Estate: The Olin/Wettigs are quietly very successful real estate entrepreneurs. In 2013 they sold a home in Santa Monica for just under $7 million. In 2017 they sold NYC co-op for $2.6 million. In 2019 they bought a home in Venice California for $4.5 million. They also currently own a property in the Hamptons. 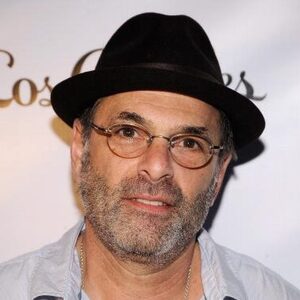