Ken Kercheval Net Worth and salary: Ken Kercheval was an American actor who had a net worth of $800 thousand at the time of his death in April 2019. Born in 1935 in Wolcottville, Indiana, in 1935, Ken Kercheval studied at New York City's Neighborhood Playhouse. He debuted on Broadway in a 1962 production of "Something About a Soldier" and continued appearing on and off Broadway throughout the '60s. Kercheval started acting on screen in 1962's "Naked City" and appeared in "The Defenders", "The Nurses", "The Trials of O'Brien", "An Enemy of the People", "Pretty Poison", "The Secret Storm", "Search for Tomorrow", "The Seven-Ups", and "How to Survive a Marriage" in the late '60s and early '70s. He is best known for playing Cliff Barnes on "Dallas", landing the role in the late '70s. Kercheval stayed on the show until 1991 through every episode despite being originally cast as Ray Krebbs. He reprised the role several times after the series finale. Kerchevel's later roles include appearances in "Super Password", "I Still Dream of Jeanie", "California Casanova", "The Golden Palace", "Walker, Texas Ranger", "A Perry Mason Mystery: The Case of the Grimacing Governor", "Diagnosis Murder", "This Promise I Made", and "Corrado". Kercheval has been married four times and divorced four times. He has seven children from all of his unions. Unfortunately, Ken Kercheval died on April 23, 2019 at the age of 81 after a battle with cancer. 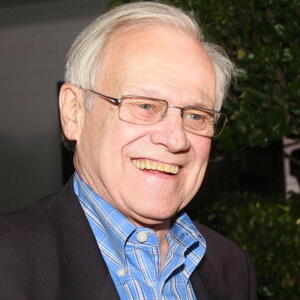