Ken Jeong Net Worth and Salary: Ken Jeong is an American actor, comedian, and physician who has a net worth of $14 million. Ken Jeong is one of the most recognizable faces in Hollywood, and he has appeared in a range of films over the years. On television, Jeong is perhaps best known for his role on the series Community. In terms of films, some of his most notable roles have been in productions like Crazy Rich Asians and The Hangover series. Outside of acting, Ken Jeong is a fully licensed physician, although he hasn't practiced since his breakthrough in the entertainment industry.

Early Life: Kendrick Kang-Joh Jeong was born on July 13th of 1969 in Detroit, Michigan. Raised by parents who were South Korean immigrants, Ken soon moved with his family to North Carolina where he spent most of his youth. During his high school years, Ken participated in the Quiz Bowl and played the violin in the school orchestra. He also served on the student council.

Ken Jeong had his first taste of acting while attending Duke University. He attended drama classes while pursuing a pre-med major and resisted the temptation to become a drama major. Although he took theater classes after graduating from Duke in 1991, he went on to obtain his M.D. at the UNC School of Medicine in 1995.

Career: While he was still finishing up his M.D., Ken Jeong attended open mics and honed his comedic skills. Nevertheless, Jeong's medical career remained a priority, and he completed his residency in New Orleans. Ken Jeong finally cracked after winning the Big Easy Laff-Off in 1995, and NBC president Brandon Tartikoff successfully convinced the young doctor to move to Los Angeles.

By 1998, Jeong was living a dual life. While spending his days practicing as a physician of internal medicine in Woodland Hills, Jeong attended comedy clubs by night and steadily built his reputation as an extremely talented stand-up comedian. This led to appearances in TV shows like Curb Your Enthusiasm, The Office, and Entourage. 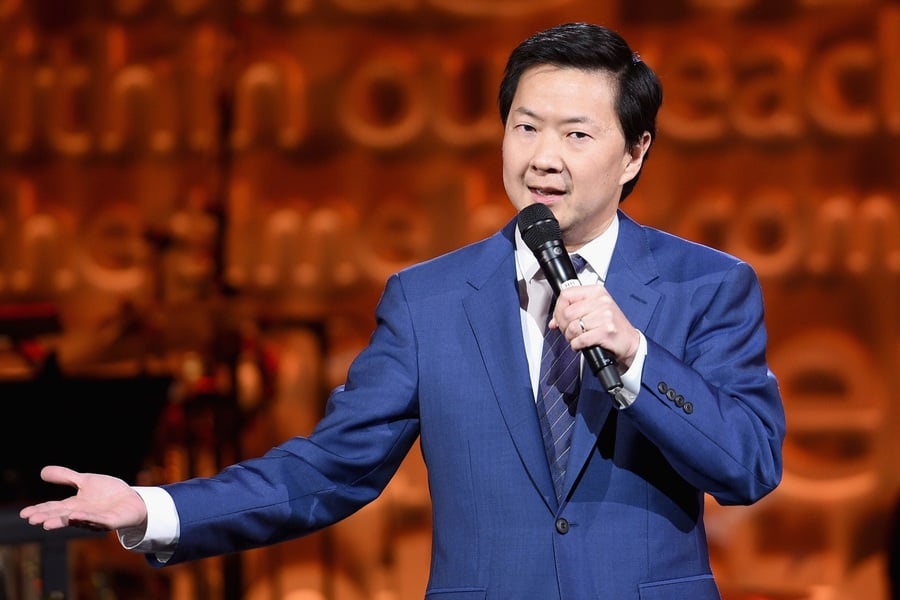 In 2002, Jeong appeared in Comedy Central's Cosmic Groove. In 2006, Jeong finally gave up his practice after increased acting and stand-up opportunities, although he maintains his medical license. In 2007, his new, singular career focus led to his first film role in Knocked Up.

Knocked Up led to a slew of film roles in movies like Pineapple Express, Role Models, All About Steve, The Goods: Live Hard, Sell Hard, and Couples Retreat. He was widely credited with "stealing the show" in The Hangover as Mr. Chow. This unforgettable role led to appearances in The Hangover Part II and The Hangover Part III. Jeong also booked roles in Zookeeper, Pain & Gain, and Transformers: Dark Side of the Moon.

Ken Jeong is also well-known for his starring role in Community as Senor Chang. In 2015, he wrote a pilot for a new medical comedy, Dr. Ken. He would later star in the show and act as an executive producer. Dr. Ken was picked up by ABC and aired from 2015 to 2017.

Relationships: Ken Jeong is married to Tran Ho, a Vietnamese American. They had twin daughters together and live in Calabasas, California.

Real Estate: In 2016, it was reported that Ken Jeong had purchased a property in the Calabasas, California for $3.95 million. The Tudor-style estate was built in 2006, and it features a temperature-controlled wine cellar capable of holding 3,000 bottles. The 6,700-square-foot property includes a large, formal dining room and a gym. Outside, there's a large swimming pool, private balcony, and lawns peppered with citrus trees.

In 2010, Ken Jeong purchased a separate Calabas property for a cool $1.635 million. The Mediterranean property features 5,000 square feet of living space and an interior courtyard. In 2017, Ken Jeong sold the property for $2.4 million for a significant profit on his investment. 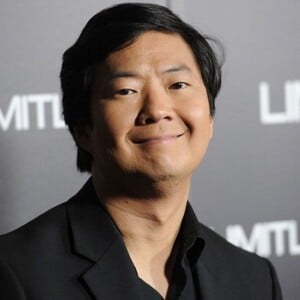