How much is Kellye Nakahara Worth?

Kellye Nakahara net worth: Kellye Nakahara was an American actress who had a net worth of $10 million at the time of her death in 2020. She was best-known for starring on the TV show M*A*S*H. Kellye died on February 17, 2020 at the age of 72.

Kellye Nakahara was born in O'ahu, Hawaii in 1950. She is best known for starring as Nurse Kellye in the television series M*A*S*H from 1973 to 1983. Nakahara starred in the movies Clue, Amazon Women on the Moon, She's Having a Baby, Shattered, 3 Ninjas Kick Back, Black Day Blue Night, and Doctor Dolittle. She has also appeared in episodes of the TV series Kolchak: The Night Stalker, Little House on the Prairie, At Ease, Matt Houston, Lottery!, Otherworld, Hunter, Growing Pains, Dream On, Crisis Center, NYPD Blue, Sabrina, the Teenage Witch, and The Wild Thornberrys. In 2009 Nakahara won a TV Land Impact Award for M*A*S*H. She spent much of her later years as a watercolor artist. 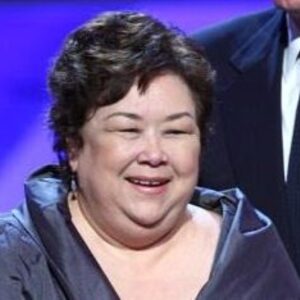