Kelly Rowan net worth: Kelly Rowan is a Canadian actress who has a net worth of $25 million dollars. Kelly Rowan was born in Ottawa, Ontario, Canada, and attended the University of Western Ontario. She then went on to study at the British American Drama Academy in London and The Neighborhood Playhouse in New York.

She began her professional performance career in the mid-80s, appearing in such film and television productions as "Hangin' In", "My Pet Monster", "The Truth About Alex", and "Night Heat". From there, she went on to appear in a steady string of television movies, feature films, and series, including "Mount Royal", "Another World", "Growing Pains", "Dallas", "The Outer Limits", "Lonesome Dove: The Outlaw Years", "Assassins", "Three to Tango", "Proximity", and "Boomtown". In 2003, she was cast in the role that would bring her the most recognition, as Krista Cohen on "The O.C.". She is currently starring on the hit series, "Perception". Kelly Rowan was briefly engaged to and has a child with David Thomson, who is the richest person in Canada with a net worth of $25 billion. 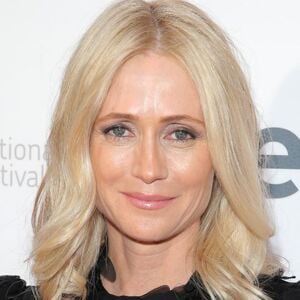