How much is Kelly Packard Worth?

Kelly Packard net worth: Kelly Packard is an American actress and television personality who has a net worth of $1.5 million. She is best known for staring in the television shows Baywatch, California Dreams, and also as a co-host on Ripley's Believe it or Not!. Her most recognizable role was as "April Giminski" on Baywatch. Baywatch was an incredibly popular show in the 90s that followed a group of attractive lifeguards who were on patrol at a popular beach in Los Angeles. She was born on January 29, 1975 in Glendale, California in a blended family with one older brother and two younger step-brothers. She grew up on a ranch and was a barrel racer, but was also known for her beauty as she was named Miss California Pre-Teen in 1988. As a child, she was a contestant on the Bob Eubanks' daytime version of Card Sharks during "Young People's Week" and was also a guest star on television series like, The Wonder Years, Blossom, Step by Step, Boy Meets World, USA High and The Wild Thronberrys. She also worked on a series of infomercials with Billy Blanks to promote his Tae Bo fitness programs. Packard joined The Church of Jesus Christ of Latter-day Saints as a teenager, and has been a devout member all her life. She married Darrin Privett in 1997, and was sealed (an LDS rite) as part of their ceremony. Darrin Privett is an Emergency Medicine Physician and the pair have four children together. She was most recently seen on the ABC series, Celebrity Wife Swap, where she swapped lives with Tichina Arnold. 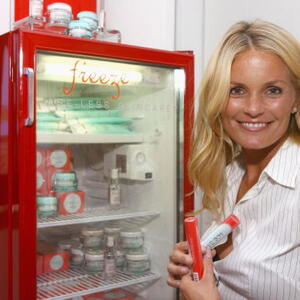