How much is Kelly Marie Tran Worth?

Kelly Marie Tran net worth: Kelly Marie Tran is an American actress who has a net worth of $3 million. Kelly Marie Tran was born in San Diego, California in January 1989. From 2013 to 2015 she starred as Kelly on the television series Ladies Like Us. Kelly Marie Tran starred in the TV series CollegeHumor Originals from 2014 to 2016. She has also appeared in episodes of the TV series The Indie Thing, Incredible Crew, About a Boy, Currently Cool, To the Bridge, Comedy Bang! Bang, Ladies Like Us: The Rise of Neighborhood Watch, Adams Ruins Everything, Discount Fitness, History of the World… For Now, Fall Into Me, Sing It!, Gortimer Gibbon's Life on Normal Street, and Star Wars Forces of Destiny. She starred as Rose Tico in the movie Star Wars: Episode VIII – The Last Jedi in 2017. Kelly Marie Tran has been nominated for a Teen Choice Award and a Saturn Award for Star Wars: Episode VIII – The Last Jedi in 2018. 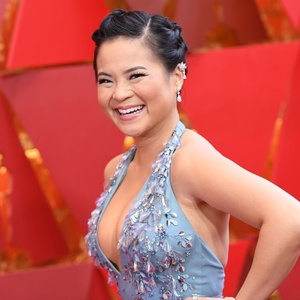