From there, she went on to appear in such projects as "Miami Vice", "Bright Lights, Big City", "Cocktail", "Warm Summer Rain", "Road House", "The Edge", "Drugstore Cowboy", "Desperate Hours", "Curly Sue", "Three of Hearts", "Imaginary Crimes", "The Beans of Egypt, Maine", "Persons Unknown", "Mr. Magoo", "Charlie's Angels", "Ally McBeal", "Homeless to Harvard: The Liz Murray Story", "Welcome to California", "The Cleaner", "A Good Funeral", and "Dark Desire". She is most widely recognized for her co-starring roles on "The L Word", "90210", and most recently, "Magic City". Kelly Lynch been married to movie producer, writer and actor, Mitch Glazer since 1993. Mitch is the showrunner on Magic City. He also helped producer "Lost in Translation", "Scrooged" and various other major motion pictures. Mitch adopted Kelly's daughter from a previous relationship, Shane. The family owns two homes in California that were designed by legendary Southern California architect John Lautner. 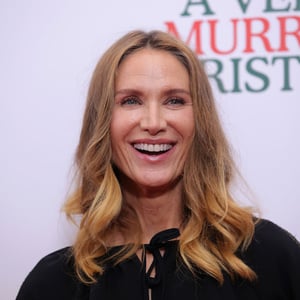