Kelly Bishop Net Worth: Kelly Bishop is an American actress and dancer who has a net worth of $4 million. She is best known for her television role as Emily Gilmore on the series Gilmore Girls and for her film role as the mother of Jennifer Grey's character ("Baby") in the film Dirty Dancing. Bishop is also known for a role she created in A Chorus Line ("Sheila") for which she won a Tony Award for Best Performance by a Featured Actress in a Musical. Kelly Bishop also starred as Fanny Flowers in the short-lived television series Bunheads.

Carole "Kelly" Bishop was born February 28, 1944 in Colorado Springs, Colorado. Bishop first studied ballet at The American Ballet Theatre School then went on to San Jose Ballet School. She landed her first job dancing in a year-round ballet company at Radio City Music Hall in New York City at the age of 18. She continued her performances in Las Vegas, summer stock and even on television until she was finally cast in her first Broadway role in Golden Rainbow (1967). Her big break came with a 1976 Tony Award for A Chorus Line. Her other Broadway credits include roles in Neil Simon's Proposals, Six Degrees of Separation and in The Last Days of Ballyhoo and Bus Stop. She was also seen in the production Precious Sons and Becky Shaw in addition to many appearances off-Broadway and in regional theaters.

In 1978, Kelly Bishop was cast in Paul Mazursky's film An Unmarried Woman. Her next big role came by accident, when she was chosen to replace actress Lynn Lipton as Baby's mother in 1986's Dirty Dancing. Her other films include the comedy Private Parts and 2000's Wonder Boys. On television, aside from Gilmore Girls, Kelly Bishop appeared in The Thorns, My Wildest Dreams, and was a guest star on Murphy Brown, Law & Order, Army Wives, The Good Wife and others. 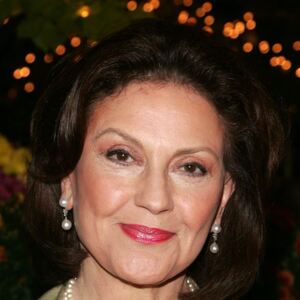