Kellita Smith net worth and salary: Kellita Smith is an American actress, comedian, and model who has a net worth of $3 million dollars. Her salary per episode of Z Nation is $30,000. Born in Chicago, Illinois on July 11, 1969, Smith is best known for her role on The Bernie Mac Show as Wanda and from her role as Roberta Warren on Z Nation.

She has been active in the entertainment industry since 1993. From 2012 to 2013, she played First Lady Katherine Johnson on the show The First Family. She has appeared in television staples such as Martin; Sister, Sister; The Jamie Foxx Show, Nash Bridges, and more. He modeling repertoire includes Savoy, Cosmopolitan, Esquire, Glamour, Vanity Fair, Black Men, and beyond. Since 2014, Kellita Smith has appeared on Z Nation which airs on the Syfy net work. In 2015 she appeared in Sharknado 3. In 2017, she appeared in the The Preacher's Son. 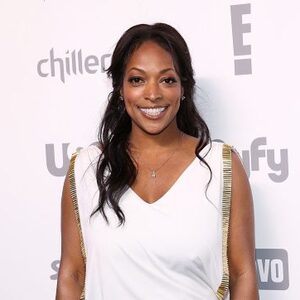