Kelli Williams Net Worth: Kelli Williams is an American actress who has a net worth of $4 million. Kelli Williams was born June 8, 1970 in Los Angeles, California. Best known for her roles as Lindsay Dole on the legal drama The Practice and as psychologist and deception expert Dr. Gillian Foster on Lie to Me, she also starred as Jackie Clark on Army Wives.

The daughter of actress Shannon Wilcox, Kelli Williams made her screen debut before she had her first birthday when she appeared in a diaper commercial. She was involved in her high school's theater club and was signed by an agent after starring in a school production of Romeo & Juliet. Kelli Williams made her television acting debut in an episode of Beauty and the Beast and later appeared in the short-lived series Elvis. Kelli Williams made her film debut in Mr. Jones (1993). She is also a veteran of television movies. She appeared in 1996 in the 19th episode of the fourth and final season of the TV series Picket Fences as an Amish woman who was raped. After a two-episode stint on the sci-fi series Earth 2, Williams joined the cast of the legal drama The Practice where she remained until the show wrapped up in 2003. She was then cast on the short-lived NBC series Medical Investigation. In 2009, Williams joined the Fox series Lie To Me as psychologist Gillian Foster. Kelli Williams married author Ajay Sahgal in 1996 and they have three children: Kiran Ram (1998), Sarame Jane (2001) and Ravi Lyndon (2003). Williams speaks French and Spanish and occasionally volunteers with the Young Storytellers Program. 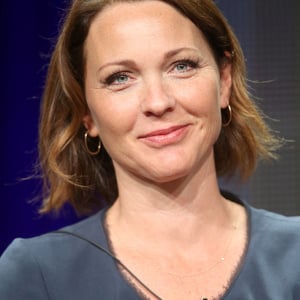