Kelli O'Hara net worth: Kelli O'Hara is an American actress and singer who has a net worth of $2 million. Kelli O'Hara was born in Elk City, Oklahoma in April 1976. She made her Broadway debut in Jekyll & Hyde in 2000 as a replacement and has starred on and off Broadway.

O'Hara has been nominated for six Tony Awards starting in 2005 for Best Featured Actress in a Musical for The Light in the Piazza. O'Hara has also been nominated for Tony's for The Pajama Game, South Pacific, Nice Work If You Can Get It, and The Bridges of Madison County. In 2015 she finally won a Tony Award for Best Lead Actress in a Musical for The King and I. She has also starred in productions of Follies, Sweet Smell of Success: The Musical, Dracula, the Musical, Beauty, My Life with Albertine, Bells Are Ringing, and Far From Heaven. As a singer O'Hara has released the albums Wonder in the World in 2008 and Always in 2011 as well as appearing on many cast recordings. 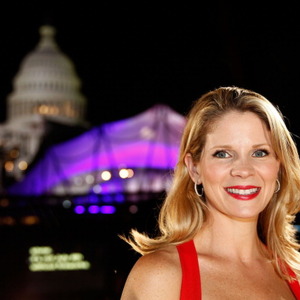